50% of Venezuela Government Software will be Open Source by 2007 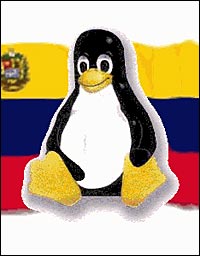 Venezuela’s president of the National Technology and Information Center (CNTI), Jorge Berrizbeitia, says that the migration from private software to free software in Venezuela’s public administration will present a great challenge for the government and the country’s data processing companies.

According to a presidential decree passed in December 2004, Venezuela’s public administration must present a plan within three months for how it will raise its usage of free software. The best known example of free software is the Linux operating system, which is steadily gaining in market share worldwide, relative to the private operating system Microsoft Windows. Following the president’s approval of the plans, the departments of the public administration will have two years to implement it.

One of the main reasons the government is interested in switching to free software is that it wants to consolidate its technological independence and lower its vulnerability for not controlling the software it uses.

Part of the CNTI’s long-range plans is to create a Venezuelan Internet, which would serve as a technological platform for the state and that would support the government’s concept of endogenous development. Berrizbeitia added that part of this plan is the design and construction of a “Bolivarian” computer, “made in Venezuela,” that uses mainly free software.

This computer is being constructed by the Venezuelan company Síragon and will be built in the city of Valencia. It will run on Linspire Español, which is a Linux project of Lindows, which is a multiplatform operating system, which means that it can run both Windows and Linux software. It would also come with Open Office and an instant messaging system that works on all popular messaging networks.