According to Venezuela’s oil minister, oil companies operating along the so-called Orinoco Oil Belt will see a 16 percentage point increase in income tax. 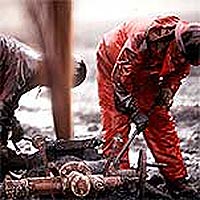 "There is no doubt that the oil companies in the Orinoco belt have to pay a 50 percent income tax; a reform of the existing law is justified," Oil Minister Rafael Ramirez told reporters yesterday.

The tax increase affects oil produced in joint ventures with Venezuela’s state-owned company in the region of Venezuela where one of the largest reserves of extra-heavy crude in the world are located.

Ramirez’s announcement came after an earlier statement by Jose Joaquin Cedillo, tax agency’s head of special contributions, which said that the agency was unsure if income taxes for the companies were going to be increased.

The Chávez administration has raised royalty payments on oil from as low as 1 percent to as high as 30 percent. When initially implementing the Hydrocarbon Law which allowed for the increase, the administration lowered some income taxes.

In another move that increase oil revenues for the state, Venezuela’s state owned oil company PDVSA converted its operating service agreements, accords by which foreign oil companies were allowed extract difficult to get at oil, into joint ventures. The Venezuelan tax agency has also cracked down on foreign companies who owe back taxes.

Cedillo also told the press that the government was considering increasing taxes on natural gas to 50 percent. Oil revenues in Venezuela make up nearly 50% of government income, and have, in part, funded the growing social programs in the South American country.