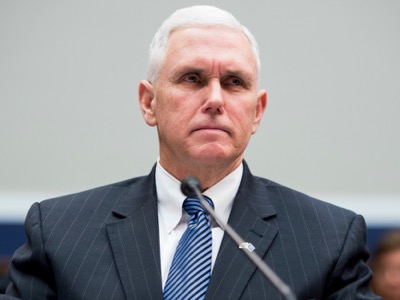 The heads of state and government of Argentina, Bahamas, Brazil, Canada, Chile, Colombia, Costa Rica, Guatemala, Guyana, Honduras, Mexico, Panama, Paraguay, Peru and Saint Lucia, and the Vice President of the United States, meeting on the occasion of the VIII Summit of the Americas, in light of the steady breakdown of constitutional order in Venezuela and concerned about the worsening political, economic, social and humanitarian crisis in that country:

Urgently call on the Venezuelan government to hold presidential elections with the necessary guarantees for a free, fair, transparent and democratic process, without political prisoners, including the participation of all Venezuelan political actors; and ratify that elections that do not meet these conditions will lack legitimacy and credibility.

Express their determination to continue promoting, especially within the Organization of American States (OAS), actions and initiatives that contribute to the restoration of democratic institutions, respect for human rights, and the full force of the rule of law.

Re-affirm their support for the National Assembly of Venezuela and reiterate that legal acts that require the authorization of the Assembly in accordance with its Constitution will only be recognized once they have been approved by the Assembly and, in this context, will consider new measures that contribute to full respect for its constitutional powers in economic and financial matters.

Urge the specialized agencies, funds and programs of the United Nations system and the OAS to immediately implement a humanitarian assistance program to alleviate the situation of suffering and shortages endured by the people of Venezuela. In this regard, they reiterate their call to the Venezuelan government to allow the entry and distribution of humanitarian aid that mitigates the serious consequences of shortages, especially food and medicine.

Express their deep concern at the growing exodus of Venezuelan citizens who have been forced to leave their country as a result of the crisis, and call on the relevant international organizations to immediately establish a program of support and capacity building for the countries of the region to meet the various needs arising from this exodus, including those related to security,.

Urge members of the international community to support the efforts and decisions of the countries of the region in order to contribute to the restoration of democracy in Venezuela. In this sense, they call on those countries that have adopted measures to expand and strengthen them.

Emphasize the importance of the international community’s support for the economic recovery of Venezuela, once the democratic and constitutional order have been restored.

Source : “Declaration on Venezuela on the sidelines of the Summit of the Americas”, Voltaire Network, 14 April 2018, www.voltairenet.org/article200710.html

Source : “Declaration on Venezuela on the sidelines of the Summit of the Americas”, Voltaire Network, 14 April 2018, www.voltairenet.org/article200710.html