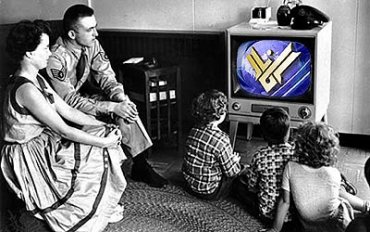 Javed Iqbal and Saleh Elahwal, two American citizens, were arrested by the FBI, the first one in August and the second on November 20th, 2006. The two persons face 110 years in prison.

The trial will take place in Manhattan and will enable to determine if the United States will stick to their delirious logic on this matter.
Al-Manar is a Zionist and Americanist organizations’ privileged target, accused, since 2003, of propagating anti-semitism.
Furthermore, the Lebanese Resistance channel endured bombings during the Israeli war against Lebanon and had its Internet website, hosted in India, suspended under Washington’s pressure.

Iqbal and Elahwal pay the costs of the Pentagon and his allies’ new psychological war strategy, making the opponent’s voice destruction a war stake, as illustrated by the Serbian national channel’s bombardments in 1999, Al Jazeera’s premises bombings in Afghanistan and in Iraq, and the international campaigns to censure Al-Manar.