French-Israeli cooperation in the field of military R&D 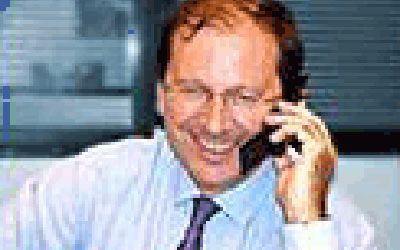 The French Secretary of State in charge of foreign commerce, Hervé Novelli, participated in the Sixth Conference for Export & International Cooperation, organized by the Israeli Prime Minister’s staff on November 1st, 2007 in Tel Aviv.

This visit was an opportunity to prepare the partial merger between Israel and France, which should start to take shape with the visit of Nicolas Sarkozy to the Hebrew State, in May, 2008, and then with the participation of a unit of Tsahal in the July, 14th 2008 military parade on Champs-Elysées (which will also include, as a fig leaf, a unit of the Palestinian president’s presidential guard.).

In Mr Novelli’s luggage was an important delegation, including among others Lionel Stoleru, President of the French-Israeli chamber of commerce and Chargé de mission for the French president. During his speech, Mr Novelli hailed the Israeli economy, “One of the rare countries in the world that has been able to combine a high technology level with a high growth rate”. Most important of all, he unveiled new projects such as cooperation between the special economic zone of Sophia Antipolis, near Cannes, and Israeli companies, or the launching of an investment fund for innovation that could benefit from an initial endowment of 100 million euros.

Provided the exceptional situation of the Hebrew State, joint research and development will likely focus on projects with military ends. Therefore, the joint investment fund will provide an indirect means to support the Israeli war machine.

Hervé Novelli is a former militant of extreme-right groups Occident and Ordre Nouveau (“Western World” and “New Order”). Following his friend Alain Madelin’s steps, he was recycled by the Institute of Social History, an anti-union CIA sub-branch, and then re-introduced into the political loop within the liberal right. Appointed as Alain Madelin’s chief of staff when the latter became France’s Minister of Mail and Telecommunications, he founded with him the Euro 92 group. He then successively occupied the seats of French and European MP. Meanwhile he has been at the top position in a business intelligence company offering a particular kind of service to multinational corporations. As a matter of fact it is the same company that in April, 2001, launched online attacks and destroyed Voltaire Network’s jeboycottedanone website during a boycott campaign against speculative lay-offs in some Danone group factories. Being an unconditional supporter of the United States’ foreign policy, Hervé Novelli is among the rare French political personalities that has approved both the invasion of Iraq by the Anglo-Saxons and the attack of Lebanon by Israel.