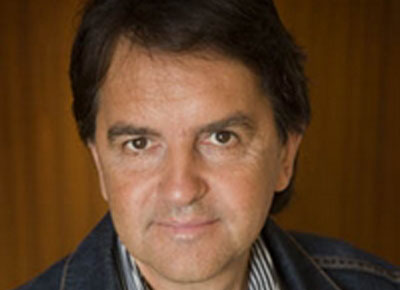 Donald Boström offers clarification on his article They plunder the organs of our sons, which caused controversy in Israel for claiming that Israeli soldiers kidnap Palestinians to steal their organs.

In an interview with Press TV the Swedish freelance journalist said that his article was based on his observations and claims of the Palestinian families who lost their loved ones in 1992, during the first Palestinian uprising.

"The article is not accusing the (Israeli) army of snatching organs. The Palestinian families, the Palestine mothers, say that they think or they are sure that ’someone’ took organs from their young men," Boström told Press TV on Monday.

The article published last week in Aftonbladet, Sweden’s largest circulation daily, suggests the Israeli army kidnapped and killed young Palestinians to harvest their organs. It sheds light on the case of Bilal Ahmed Ghanem, a 19-year-old Palestinian man, who was shot dead in 1992 by Israeli forces in the West Bank village of Imatin.

Boström, who witnessed the man’s killing, said Ghanem’s body was abducted following the shooting and was returned at midnight — during an imposed curfew — several days later by the Israeli military with a cut from the stomach to the neck that had been stitched up.

Bilal’s brother, who was 15-years-old at the time, recounts the shooting incident. "A number of (Israeli) soldiers ambushed (the Palestinians) and opened fire. The fist shot hit (Bilal) in the chest, the second in the leg. We believe that he was still alive after sustaining the two bullet wounds."

The mother, Sadija, told Aftonbladet that Israeli troopers could have arrested him, but instead they decided to kill him.

"It was the middle of the night. The soldiers caused an electrical power outage in the entire village. Bilal was returned in a black bag; he had no teeth. The body was stitched from the neck all the way down to the abdomen," the Swedish newspaper quoted the mother as saying.

When Bilal’s family asked what had happened to the body, the soldiers told them that it had undergone an autopsy in Tel Aviv. The family, however, claims Bilal’s organs had been stolen.

Boström argued that an autopsy would be required if the cause of death was not apparent, while in this case it was clear that Bilal was shot dead.

After that incident, at least 20 Palestinian families told Boström that they suspected the Israeli military had taken the organs of their sons after they had been killed by Israeli forces and their bodies had been taken away.

They plunder the organs of our sons has enraged Israeli officials, with Foreign Minister Avigdor Lieberman saying on Thursday that Stockholm’s refusal to take a stand reminded him of Swedish behavior during World War II.

"It is a shame that the Swedish Foreign Ministry does not get involved when speaking about blood libels against Jews, something that is reminiscent of Sweden’s position during World War II when it also did not intervene," Lieberman said in a sharply worded statement.

Boström first raised the issue in his 2001 book titled Inshallah: The conflict between Israel and Palestine. At the time, he said, there was no reaction from the Israeli government.

Murdering Palestinians for their organs: "All facts on the ground prove Swedish report correct"