Statement of the Chairperson of African Union Commission on Syria 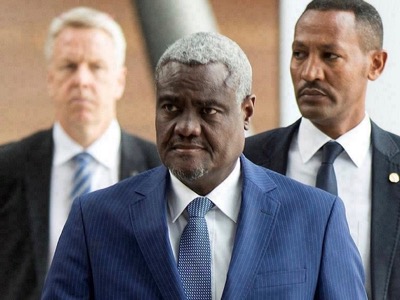 The African Union is following with concern the ongoing developments regarding Syria. The African Union strongly condemns any use of chemical and other weapons prohibited under international law.

The African Union, which is strongly committed to multilateralism, underlines that any response to such acts ought to be based on incontrovertible evidence gathered by a competent, independent and credible entity and comply strictly with international law, including the primacy of the United Nations Security Council for any recourse to force. Africa expects the United Nations Security Council members, especially those that are permanent, to put aside their differences and spare no efforts in the pursuit of global peace and humanity’s common good, in line with the responsibilities conferred upon them by the United Nations Charter.

The Syrian people have suffered far too long. In the face of this dire situation, the only sensible course of action is the intensification of international efforts to find a lasting political solution based solely on the interests of the Syrian people and respecting the territorial integrity of Syria.