The Assassination of A Venezuelan Attorney


The CIA behind Danilo Anderson’s Murder?

The authors of the attack that took Danilo Anderson’s life operate under the secret war methods; from a political perspective that entwines the Venezuelan evolution with the region, the continent and the world together. The crime meets all the characteristics of a secret conspiracy directly masterminded and monitored by the CIA. 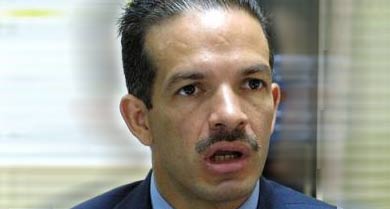 On a Caracas street, no matter which, a car unexpectedly exploded getting instantly and completely burned. Everything was devoured by fire. The scene, fitting the standards of Hollywood violence, was not being produced in a Warner Studio specialized in bringing, through drawing, the indescribable into the movie. The production was being real. Horror seized hold of the avenue. Commotion spread within the ashes. Bewilderment had hurt all Venezuela in the form of tragedy. 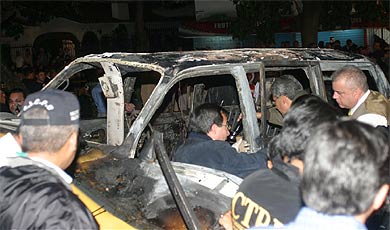 Inside that flame-consumed car, Attorney at law Danilo Anderson was burned to death . He was the lawyer in charge of the investigation of the April 2002 coup, which temporarily overthrew President Chávez from office, and also of the criminal assault to the Cuban Embassy, which occurred simultaneously in the style of a terrorist party. Unlike the position of the Supreme Court of Justice, the verdict of which was that there had not been any coup on that April 11, as though its sentence could replace the reality of the events in the public knowledge, not only the events of daily life in Venezuela, but also those in the present world, that young lawyer was doing a work cut out for himself in order to establish the causality of the facts and the accountability of their authors before the law.

Anderson never figured out that doing his legal work could ever lead him to death. So confident he was of the transparency of what he was doing, of his ethical behavior incapable of distorting the truth so as to harm somebody else, that he was never worried about his personal security; despite his ever-growing knowledge of the terrorist nature of the methods used by those who prepared the coup; of even the scenes shown in «Puente Llaguno, CLAVES de una masacre» - an Angel Palacios’s movie - which crudely and unquestionably reveal, with direct testimonies, the sophisticated and wicked criminal psychology of the authors. Danilo died without taking any preventive action. And above all, as a brave man, without any fear of his killers.

The best weapon of his killers was his confidence and defenselessness. He was attending some postgraduate course classes. Did they poison the gas in his car? Did they put a high power bomb in his car? While I write these notes, the investigations have not yet disclosed what really happened. He started the vehicle just as he did everyday without the least premonition that he’d be wrapped up in a hell of flames soon after.

What’s The Purpose of This Crime? 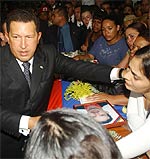 President Hugo Chavez at the funeral of Danilo Anderson

His authors have challenged justice and will try to make lawyers and judges learn this lesson as a bloody one. The message is clear. Those who dare try to clarify the 2002 coup d’état and the attack on the Cuban Embassy will be exposed to death. And the same goes to those who want to do justice. However, behind this intimidating mask shows the deep essence of its authors.

After the repeated failure in the attempts to abolish the Bolivarian revolution, that is, the April 2002 coup, the oil sabotage, the criminal attacks against Altamira, the violent riot, the Colombian paramilitary group conspiracy, which included the attempt to kill President Chávez in order to green-light a foreign intervention, the presidential referendum and the regional elections, the criminal authors, who have systematically worked on all such offensive scenarios, have revealed their fear, their dread, and panic.

To what? To justice. This is the context where, after the chauvinist successive victories, the opponents of justice and particularly the multimillionaire criminal elite, who have promoted all such adventures, consider themselves more vulnerable. The attempt on Danilo Anderson is not a proof of their strength but of their dangerous and hysterical weakness.

Who Profits From Crime?

The authors of course. They think that prosecutors, judges and lawyers will be the victims of terror. That the blackmailed Venezuelan justice will tremble at their orders. That the authors, accomplices and concealers of the April 2002 bloody coup , or of the attack on the Cuban Embassy, or of the large list of crimes perpetrated by the conspiracy against Venezuela’s determination to exercise its sovereignty, expressed by the government of Chávez, will be able to enjoy impunity.

But they want to hide the fact that such impunity means that those crimes will go on and on, in successive bloodbaths, threatening the whole society. And they do not seem to care about the fact that there is a clear answer to this frightening signal: the exhaustive clarification of the crime, the identification of its actual authors and masterminds, its accomplices and concealers, and the indisputable application of the law. They are also careless about the fact that the Venezuelan people are never going to make it up with Danilo’s murderers whom they recognize as their own executioners.

Who Masterminded and Perpetrated the Crime?

The trails left by the authors are unmistakably accurate. Carefully and deliberately they chose the victim. They chose Danilo so that their demands of impunity for the coup and the assault to the Cuban Embassy resounded as strong as possible, so that nobody could ignore such demands. They patiently followed Danilo to identify his habits, customs, routines, his security standards and schedule. They chose the best suitable weapon for the crime. They designed his execution in a laboratory to ensure as accurately as possible whatever happened. 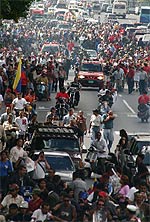 They just bided their time to kill Danilo Anderson, and simultaneously hit President Chávez. It is not an accident that this happened on the eve of the Latin American Presidential Summit, and during Chávez’s visit to Spain, Iran and Russia, to prevent him from appearing with full and unchallenged powers, as the absolute winner of the referendum and the regional elections. Neither is it an accident that, the murder took place soon after General Garcia Carneiro - Defense Minister - put forth the new policy of sovereign defense of Venezuela in the framework of the summit of Defense Ministers of the Americas in Quito, where Donald Rumsfeld attended to promote his “war against terrorism” in Latin America under the Pentagon’s control, as an instrument of the U.S. open intervention inside National Armed Forces. Therefore, the date chosen by them is likely to have been one, two or three days before.

The authors operated according to the secret war methods, from a political perspective entwining the evolution of Venezuela with the region, the continent and the world together. The operation has been quite accurate to have been randomly implemented by the Miami-based Cuban gusanera (Cuban counterrevolutionary circles) collaborating with the Venezuelan fascists in terrorist operations. Regardless of their direct or indirect participation in the murder, the crime against Danilo Anderson has all the characteristics of a secret conspiracy directly masterminded and monitored by the CIA.

Journalist and writer, is the director of El Sucre, correspondent of Adital in Ecuador, collaborator of Question in Venezuela and author of several books among which: La historia no termina, Hablar a través del tiempo and La triple victoria de Chávez o la guerra por otros medios.