Obama’s «Diplomacy» Masks His Bullying at Jamaica and Panama Summits

U.S. President Barack Obama had a number of awkward encounters with Latin American and Caribbean leaders at the Caribbean Community and Common Market (CARICOM) summit in Jamaica and the Summit of the Americas in Panama. Present in Jamaica were leaders like Dominica’s Prime Minister Roosevelt Skerrit. Skerrit had denounced Obama’s policy of sanctions against Dominica’s ally Venezuela and Washington’s calling the government headed by President Nicolas Maduro a threat to U.S. national security. Obama and his advisers were awkwardly forced to «walk back» the national security threat charge against Venezuela during both summit venues. 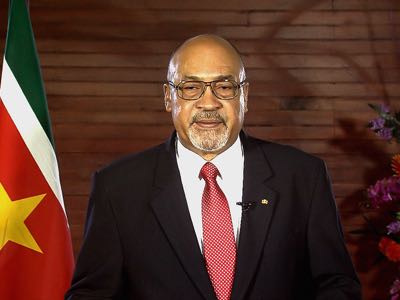 Many of Venezuela’s friends at the CARICOM Summit were equally disturbed by the Obama administration’s «bullying» of not only Venezuela but that nation’s Caribbean allies in the Bolivarian Alliance for the Peoples of Our America (ALBA), the alternate Latin American/Caribbean alliance formed by the late Venezuelan leader Hugo Chavez to provide the hemisphere with a counterweight to the U.S.-dominated Organization of American States (OAS). ALBA includes as members many of the nations whose leaders met with Obama at the CARICOM summit. These included the prime ministers of Antigua and Barbuda, Dominica, Grenada, St. Kitts-Nevis, St. Lucia, and St. Vincent and the Grenadines.

However, America’s chief bullying target in Jamaica and Panama was not Venezuela’s president but Suriname’s president Desi Bouterse, the current chairman of the Guyana-based CARICOM, a position that rotates between leaders of the member states every six months. Although Bouterse temporarily chairs CARICOM, he decided at the last minute to forgo traveling to Jamaica for the leaders’ summit between Obama and CARICOM, an organization for which Bouterse remains the titular head until June 2015. It is certain that Obama, who disinvited Bouterse from a U.S. mission reception for heads of state and government at the United Nations General Assembly annual meeting in 2010, let it be known to CARICOM that he did not want the Surinamese leader present at the Montego Bay, Jamaica summit venue.

Bouterse’s sudden change of plans was because the United States began proffering to certain media outlets the idea that Bouterse could be arrested in Jamaica on a Europol arrest warrant that was issued for cocaine trafficking before he was elected president in 2010. Bouterse was charged with illegally shipping 474 kilograms of cocaine to South Holland. In 2000, a Dutch court sentenced Bouterse to 11 years in prison in absentia. Until he became president of Suriname and gained diplomatic immunity, Bouterse refrained from traveling internationally. The American charge that Bouterse and his son have used Suriname as a narcotics transit point was put to shame when just prior to the Jamaica and Panama summits, the Suriname police destroyed 109 kilograms of cocaine. That came after the police destroyed 430 kilograms of cocaine in January. However, the charge of narcotics smuggling is a familiar U.S. strategy used to undermine foreign, especially Western Hemisphere leaders. Similar charges were leveled by Washington against Bolivian President Evo Morales, Venezuela’s Maduro and Chavez, Nicaragua’s Daniel Ortega, and Ecuador’s Rafael Correa. All the charges were rank propaganda and were totally without merit.

Maduro, Ortega, and Correa were all present with Obama at the Panama summit. However, Suriname was forced to be represented by its permanent representative to the OAS in Washington, Niermala Badrising. In Jamaica, Suriname, instead of being represented by the current chairman Bouterse, the country’s seat was occupied by Suriname’s «special ambassador» to the United States, Subhas Mungra.

Bouterse’s attorneys in the Netherlands claim that the narcotics indictment of and arrest warrant for Bouterse were based on trumped up charges resulting from false evidence and perjury. The lawyers claim that the drug charge against Bouterse was politically-motivated because the then-Dutch Prime Minister, Ruud Lubbers, and his top officials, including Justice Ministers Winnie Sorgdrager and Ernst Hirsch Ballin and former Attorney General Joan de Wijk, wanted to please the United States and its Central Intelligence Agency by abusing the Dutch criminal system. It is noteworthy that one of the Dutch government’s chief prosecution witnesses against Bouterse, Belgian drug lord Patrick van Loon, later recanted his testimony upon which the Bouterse guilty verdict was largely based.

Nevertheless, Bouterse has reason to fear the United States, and, in particular, Obama. Obama’s brief Bouterse includes the efforts on behalf of the CIA that Stanley Ann Dunham, Obama’s mother, took in trying to overthrow Bouterse in the 1980s. Bouterse had overthrown the previous civilian government in a coup and he steered his nation into the pro-Cuba and socialist Third World camp. Mrs. Dunham, then an employee of the CIA-linked Ford Foundation in New York and a fluent speaker of Javanese, which is, other than Dutch, the main commercial language of Suriname, worked closely with the Surinamese expatriate community in New York to undermine Bouterse.

In 2013, Bouterse’s son, Dino Bouterse, was indicted and imprisoned in New York after being literally kidnapped by U.S. Drug Enforcement Administration (DEA) agents in Panama. The possibility that Obama and the host nation, Panama, may stage another arrest, that of President Bouterse, at the summit caused his cancellation, even though Suriname’s capital of Paramaribo is to host the next Summit of the Americas in 2018.

The kidnapping of Dino Bouterse was similar to the entrapment operations by DEA used against Russian weapons merchant Viktor Bout who was similarly «shanghaied» from Thailand to the United States in 2010 after being arrested in a DEA sting in Bangkok in 2008. The same tactic was used to kidnap Russian pilot Konstantin Yaroshenko from Liberia to the United States. Dino Bouterse was the head of the Suriname Anti-Terrorist Unit and was charged by the U.S. Attorney for the Southern District of Manhattan, an office where Israel maintains undue influence, of trying to set up a Hezbollah «terrorism» network in Suriname and Latin America and being engaged in drug smuggling. Connecting progressive Latin American governments to aiding terrorism is an old Israeli trick that has been used by Jerusalem as a disincentive for Latin American support for the national sovereignty of Palestine and Lebanon.

As far as calls for President Bouterse’s arrest on an international warrant are concerned, those demands mostly emanate from the Netherlands’s far-right wing leaders like Geert Wilders and Raymond De Roon. They wanted Bouterse arrested in South Africa while he was attending the 2013 funeral for Nelson Mandela. Wilders is also Israel’s chief anti-Muslim and anti-immigrant cheerleader in the Dutch parliament.

General John F. Kelly, the chief of the U.S. Southern Command (SOUTHCOM) based in Miami, has charged that Suriname is a source for guerrillas fighting for the Islamic State of Iraq and the Levant (ISIL) in the Middle East. Not content with going after the Bouterse family, the Obama administration and its Pentagon lackeys want to paint Suriname as a center for Islamist terrorism in the Western Hemisphere. This same tactic has been used by the U.S. and Israel with regard to Venezuela and the Tri-Border region of Brazil, Argentina, and Paraguay. Responding to the spurious charge by Kelly that Suriname citizens have joined ISIL training camps in the Middle East, Melvin Linscheer, the director of the Bureau for National Security (BNV), said, «As far as we know there are no Surinamers there». Linscheer said that if Dutch citizens of Surinamese background were traveling to ISIL camps, «that is a problem that concerns the Netherlands, not us».

The U.S. ambassador to Suriname, Jay Anania, has been caught by the Desi Bouterse government of providing material assistance to Bouterse’s political enemies in the country. Anania is yet another interventionist U.S. ambassador who see themselves more as Roman-style pro-consuls than diplomatic envoys.

After Dino Bouterse’s kidnaping from Panama and rendition to New York, the ever-dubious U.S. attorney for Manhattan, Preet Bharara, sought and received a 16-year prison sentence for Bouterse. One could imagine the tenseness of an Obama-Bouterse encounter if the tables were turned and Bouterse’s government held Malia Obama, the president’s oldest daughter, in a Surinamese prison for a 16-year sentence based on bogus drug charges after being renditioned from a third country, like Aruba or Trinidad, while on a spring break holiday.

Obama’s hostile attitude toward Suriname, in part, arises from the Israeli government’s two major influence peddlers within the White House Latin America policy apparatus, deputy national security adviser Ben Rhodes and Roberta Jacobson, the Assistant Secretary of State for Western Hemisphere Affairs. When it comes to sullying the reputations of Western Hemisphere leaders from Bouterse to Argentina’s Cristina Fernandez de Kirchner and Ortega to Brazil’s Dilma Rousseff, Rhodes has a powerful ally in the chief of CBS News, his brother, David Rhodes. In the New York-Washington media axis that abides by the concept of «monkey see, monkey do,» anything misreported by CBS News about the two summits in Jamaica and Panama was eagerly echoed by its media counterparts at NBC, ABC, CNN, and Fox, as well as by the U.S. bureaus of the BBC, Al Jazeera, and France 24.

Obama capped off his remarks in Panama by saying America’s «days of meddling» in Latin America are over. That will come as a surprise to Suriname, Venezuela, Ecuador, Bolivia, Paraguay, Honduras, Haiti, Brazil, Argentina, Guatemala, El Salvador, Costa Rica, Colombia, and Nicaragua, all of which have seen more than their fair share of meddling from the CIA, the DEA, and the Pentagon during the Obama administration.

Investigative journalist, author and syndicated columnist. His columns have appeared in a wide number of newspapers and journals. Madsen is a regular contributor on Russia Today. He has written The Handbook of Personal Data Protection (London: Macmillan, 1992); Genocide and Covert Operations in Africa 1993-1999 (Edwin Mellen Press, 1999); Jaded Tasks: Big Oil, Black Ops & Brass Plates and Overthrow a Fascist Regime on $15 a Day and co-authored America’s Nightmare: The Presidency of George Bush II (Dandelion, 2003).

European Political Influence Operations Are «Made in USA»

CIA: Undermining and Nazifying Ukraine Since 1953

America Refuses to Face up to Its «Death Squads» in Blue