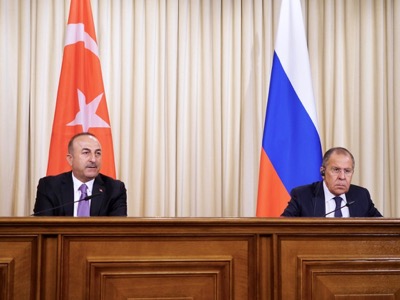 Question: You said recently that the Russian Foreign Ministry has not yet received an official request from London on the Sergey Skripal case. Has anything changed during the day? Moscow also drew attention to the need to conduct a joint investigation and presentation of samples of the toxic agent. Is there any progress in this case?

Sergey Lavrov: There is regress. We are not seeing any progress. We have not yet received any official inquiry from London on the poisoning of Skripal and his daughter. In turn, we officially notified the Brits that we will be ready to answer their inquiry if they formulate it on the basis of their own commitments under the Chemical Weapons Convention (CWC) that requires that an official inquiry is sent in such cases to the competent bodies of the country that is suspected of the crime that has been committed. Such an inquiry has not been sent.

Moreover, a spokesman of the United Kingdom in the Organisation for the Prohibition of Chemical Weapons started asking our representative why we are bringing the Chemical Weapons Convention into this conversation. It was allegedly enough for British Foreign Secretary Boris Johnson to have invited the Russian ambassador and told him everything. This is amazing self-conceit that is visible in the steps taken by London not only in this case but also in many other situations. We calmly explained once again that holding consultations in accordance with the CWC is mandatory, not optional. If there are no more experts in London that could advise the heads of the Foreign Office and Downing Street how a law-abiding member of the international community should behave in such cases, this is not our problem. When the official inquiry is made we will definitely respond to it in 10 days in line with our CWC obligations. Our answer will meet the requirements of this international document. However, for the time being instead of making this inquiry the United Kingdom continues playing political games.

Yesterday Theresa May sent an official address to UN Secretary-General Antonio Guterres, which was distributed in New York. It said the chemical was produced in the USSR and later on became Russia’s property. How does this correspond to the complete destruction of chemical arms by this country, which was registered by the CWC in the presence of observers, including US experts? This question is not answered. It is claimed that nobody but Russia could bring this chemical to Britain and nobody but Russia has motives to target these victims. I will leave this allegation without any comment because yesterday Russian and Western media provided numerous arguments demonstrating that Russia could not have any motives for the crime.

Meanwhile, those who would like to continue this Russophobic campaign in all areas of human activities without exception could have and definitely had motives for it.

In her letter Ms May uses the phrase “highly likely” about her assertions (I think this is the most interesting point in it). People who are urging respect for international law simultaneously refuse to abide by their CWC commitments. Talking about some party’s involvement in certain actions and describing it as “highly likely” is not really defensible or serious.

Incidentally, such terms as “highly likely” or “with high confidence” were frequently used in the report on the notorious incident involving the use of chemical weapons in Khan Shaykhun, Syria, on April 4. This incident was investigated remotely, in part by laboratories located in the UK. The results of the investigation were forwarded to The Hague. When we were told that this organisation will rely on the information of a British laboratory, we asked our British colleagues competently as representatives of any country that want to have precise information to tell us how samples from Khan Shaykhun were received. We were told that this area was controlled by militants and was unsafe. We wanted to know how the analysis was conducted and how samples were delivered to the relevant laboratories.

We were unceremoniously denied any information. London has been repeatedly employed this approach – we know everything, believe us, and we demand that you accept everything.

I even thought that this approach outdoes even Soviet Prosecutor-General Andrey Vyshinsky who used to say that “confession is the tsarina of all evidence.”

But this is not enough for our British colleagues and those who start supporting them without any proof, without even knowing the results of the investigation that has not yet been completed. For them it is not confession but suspicion that they voice themselves that should be treated by the international community as “the tsarina of all evidence.” There is no deal on that. We will uphold international law. We do not see our partners putting forward any arguments. Those who make accusations without citing any facts will be taken to task for their crude attempt to mislead the public.

Sergey Lavrov at the Valdai Club