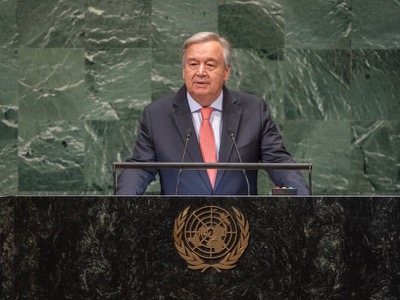 The Secretary-General, under the authority conferred to him under Article 97 of the Charter of the United Nations, has decided to establish an internal United Nations Headquarters Board of Inquiry to investigate a series of incidents that have occurred in north-west Syria since the signing of the Memorandum on Stabilization of the Situation in the Idlib De-escalation Area between the Russian Federation and the Republic of Turkey on 17 September 2018.

The investigation will cover destruction of, or damage to facilities on the deconfliction list and UN-supported facilities in the area.

The Board will ascertain the facts of these incidents and report to the Secretary-General upon the completion of its work.

The Secretary-General urges all parties concerned to cooperate with the Board once it has been established.

A further statement will be issued in the near future, once the Board has been set up and is ready to commence its work.

Opening of the 73rd session of the United Nations General Assembly