The Aspen Institute Educates the Sharks of Business

Alternating cultural festivals, the teaching of humanities, and world strategic reflection, the Aspen Institute does not hope to be a think tank (center for research, propaganda and spreading of ideas, generally of a political nature), or an American Davos, but a club for a refined elite. Such artistic and intellectual pretensions allow it to attract leaders from Europe and Asia who reject the vulgarity of the new Texan rich. The institute also owns Wye River, the property where American presidents usually receive world personalities, away from indiscreet looks. 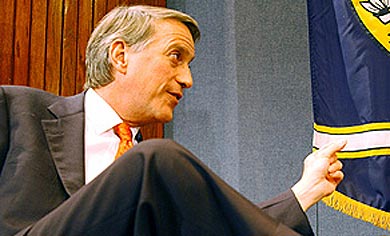 By the end of World War II, millionaire Walter Paepcke, founder of the Container Corporation of America, was looking for a peaceful place where he could rest while listening to music and designing new architectural lines. The aesthete chose a delightful spot in which a ski resort was on the making called Aspen, in Colorado. There, he had Finnish architect Eero Saarinen construct a sort of tent that could serve as an amphitheater and concert hall for 2,000 guests, and he organized a festival of classical music to celebrate Goethe’s bicentenary in 1949.

In those days, at the beginning of the Cold War, Albert Schweitzer, Ortega and Gasset, as well as others, all felt moved there by the romantic tunes sung by Arthur Rubinstein. The sponsor took a liking to the game and, the following summer, he organized a three-month cultural festival that alternated conferences about the style of the Bauhaus school with concerts by Isaac Stern and film showings.

Furthermore, Walter Paepcke conceived a project to provide his friends, business managers like him, with a humanist formation in decision making inspired by the teachings of Professor Mortimer J. Adler. Then, as a teacher and within the framework of the festival, Paepcke organized, starting in 1951, a seminar for around 20 leaders about “Our American legacy”, another about “Human freedom” and, soon afterwards, conferences by Friedrich von Hayek [1] about economic liberalism. Thus, the Aspen Institute of humanist studies was gradually born. 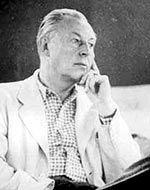 After Walter Paepcke died, his wife Elizabeth and his brother-in-law, Paul H. Nitze, continued his work. The latter was the author of Regulation 68 of the National Security Council that set up the doctrine of the Cold War [2].

Aspen was in fashion and its annual festival was the only place where you could expect to run into writer Edmund Wilson, State Secretary Henry Kissinger, economist Jean Monnet, pop art star Andy Warhol, the president of the Supreme Court Warren Burger and even novelist Saul Bellow.

In 1978, generous sponsors offered the institute the splendid property of Wye River, in Maryland, where it has had its headquarters since then. The Aspen Institute opened subsidiaries in Germany thanks to the US High Commissioner Shepard Stone (1974), in France with former Prime Minister Raymond Barre (1985), and now in India with the “boss of bosses” Tarun Das (2004).

Wye River became a center for the highest circles of international politics. In 1990, George H. Bush (senior) and Lady Thatcher met there and spoke about the New World Order before he gave a speech on the topic in Congress. In 1991, Wye River hosts a preparatory meeting for the Rio de Janeiro world summit on the environment.

In 1998, Yasser Arafat, Benjamin Netanyahu and King Hussein of Jordan were received by President Bill

Clinton there to negotiate and sign the so-called «Peace Accord of Wye River». It was also there where little boy Elián González found shelter in 2000 while Washington and Havana discussed his future.

The influence of the Waepcke family decreased as the McLaughlin’s increased . First, it was David McLaughlin, president of CBS network, and later it was Ann McLaughlin-Korologos, former Labor Secretary during the Reagan administration and currently president of Rand Corporation.

The Aspen Institute is currently headed by Walter Isaacson, a former director of CNN and Times Magazine. Prestigious personalities of the world of politics and also of the “cultural industry” have posts in its administrative council: Saudi Prince Bandar bin Sultan, former State Secretary Madeleine K. Albright, Michale Eisner (Disney), UN Deputy Secretary General Olara A. Otunu and Jack Valenti, who presides over the American film and television industry.

The Strategic Group has two co-presidents: former National Security advisor Brent Scowcroft and Professor Joseph S. Nye, dean of the Government School in Harvard. This Group has become an exclusive club for the elite of Washington that boasts about humanism and culture. The secretary’s office was for a long time in the hands of Philip D. Zelikow, then a close friend of Condoleezza Rice, who later had him appointed secretary of the September 11 presidential commission.

The formation seminars, for groups of 20 people who pay $8,500 per week, are always full. There are many candidates who are attracted not so much by the transcendental philosophy of Adam Smith or Vaclav Havel but by the charming environment accompanied by personalities as rich as themselves.

Since Raymond Barre left the administration of the French affiliate of the Institute, the post has been held by Jerome Huret, a former executive of Nortel Networks. On the contrary to what happens in the headquarters in the United States, the French subsidiary is made up of several high-ranking officials and only a few culture industrialists. The thing is that the French feel they are cultured by nature and they prefer to meet with Americans of their level and who are not so “new rich”.

[2] David McLaughlin died last week. He presided over the US Red Cross during the September 11 attacks