Iran will manufacture tractors in Venezuela 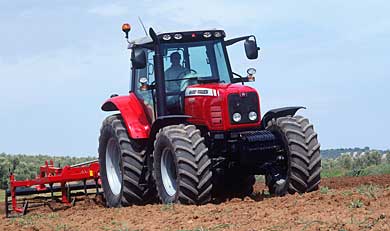 Iran will subscribe shortly, an agreement on a15 million U$ investment with Venezuela, to build a tractor assembling plant in the region of Guayana; the greatest direct investment made by the Islamic Republic, informed Rafael Sánchez, president of the State owned Venezuelan Corporation of Guayana (CVG).

The binational association will reactivate a tractor assembling plant in Ciudad Bolívar, which would assemble 5,000 Massey Ferguson tractors per year, 2.5% of which will be exported to the neighboring countries in the Andean Community.

“We should sign the contract this month (...). We hope the plant will be working by the first quarter of 2005”, said Sánchez.

The firm Iran Tractor Manufacturing Company (Itmco) will control 51% of the project, while the CVG will control the rest, added the Venezuelan official. The Iranians will supply most of the parts of the engine and Venezuela will supply the electrical parts.

Iran also informed the CVG about its interest in investing on 2 million tons of alumina in Venezuela in order to supply the aluminum producers in Iran.

Published in Quantum No 31

Chávez-Uribe: about trade, pipelines, and the border
Venezuela

After Iguazú, we can talk about integration