Venezuela to Prove It Has World’s Largest Oil Reserves 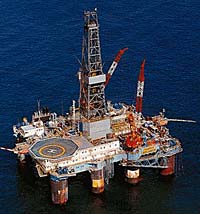 According to oil reserve calculations made by previous Venezuelan administrations, the South American nation has upwards of 78 billion barrels of oil. However this estimate does not take into account the 238 billion barrels of extra-heavy oil located in the Orinoco Oil Belt, in the eastern part of the country.

The extra-heavy crude oil of the Orinoco Belt was originally sold as a boiler fuel known as Orimulsion and classified in the same category as coal, not oil, which is far cheaper than oil and does not count towards the oil production quotas set by the Organization of Petroleum Exporting Countries (OPEC). At the time, in the 1990’s, Venezuela was already producing over its OPEC quota and so did not want Orimulsion to be counted towards that quota. In the past ten years PdVSA has been involved in four joint ventures that mix the extra-heavy crude with light crude, to make a more easily transportable and refinable synthetic crude. These joint ventures currently produce 500,000 barrels of oil per day.

The production of synthetic crude has lead Venezuela’s President Hugo Chávez to argue that the country’s estimated 78 billion barrels in conventional reserves should be coupled with an estimated 238 billion barrels of extra-heavy crude in the nation’s Orinoco Oil Belt, resulting 55 billion barrels more oil reserves than Saudi Arabia’s, making Venezuela the oil-richest nation on the planet.

If the study confirms PdVSA’s and Chávez’ accounts, it is expected that Venezuela’s influence in OPEC, will not only increase but also bring about a shift in power within the organization - one in which Venezuela exerts more authority and assumes a much greater leadership role.