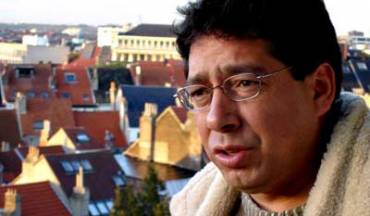 “The Mossad trained the Ecuadorean police in torture techniques between 1986 and 1994,” said Alexis Ponce during the Axis for Peace international conference, organized by Voltaire Network on November 17-18, 2005, in Brussels. “The Israeli secret services gave technical support to the tyranny that stained Ecuador with blood. The police corps received advanced training by Israeli agents to torture and to force those who opposed the tyranny to speak. The Israeli agents transmitted their knowledge about the numerous techniques used to torture people. They are criminals! Hundreds of people disappeared during those dark years.”
Leader of the APDHE, an important organization for the defense of human rights, Alexis Ponce caused a scandal in 1996 when he published The Witness, a book widely spread in Ecuador that presented the testimony of policeman Hugo España, whose work consisted of torturing and disappearing political opponents. Tormented by his conscience, he spoke to Alexis Ponce and then they decided to explain in detail the techniques that the Ecuadorian police had learned from the Mossad. Hugo España had to go into exile after the publication of his testimony and today he has to live hidden.

Ecuador: Correa not attending Summit of the Americas

The Ecuadorian Coup: Its Larger Meaning