FBI is outsourcing to the private sector, turning national security and population surveillance into an industry not quite like the others. With thousands of private contractors wielding extraordinary powers in the first line of "defense", the FBI has acquired a new set of eyes and ears with orders to protect their infrastructure at any cost. They have the power to "shoot and kill" and can do so without any repercussion. 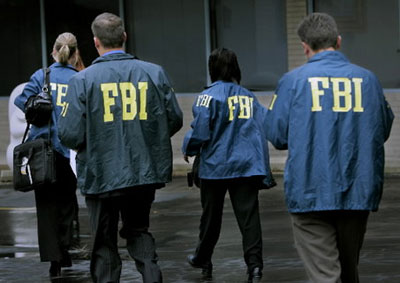 More than 23,000 representatives of private industry are working quietly with the FBI and the Department of Homeland Security (DHS) to collect and provide information on fellow Americans. In return, members of this rapidly growing group, called InfraGard, receive secret warnings of terrorist threats before the public, and at times before elected officials. “There is evidence that InfraGard may be closer to a corporate Total Information Awareness program (TIPS), turning private-sector corporations—some of which may be in a position to observe the activities of millions of individual customers—into surrogate eyes and ears for the FBI,” according to an ACLU report titled “The Surveillance-Industrial Complex: How the American Government Is Conscripting Businesses and Individuals in the Construction of a Surveillance Society.”

InfraGard, with members from 350 companies of the Fortune 500, started in Cleveland back in 1996, when the private sector there cooperated with the FBI to investigate cyber threats. “Then the FBI cloned it,” says Phyllis Schneck, chairman of the board of directors of the InfraGard National Members Alliance, and the prime mover behind the growth of InfraGard over the last several years.

FBI Director Robert Mueller addressed an InfraGard convention on August 9, 2005. “To date, there are more than 11,000 members of InfraGard . . . from our perspective, that amounts to 11,000 contacts . . . and 11,000 partners in our mission to protect America.” He added a little later, “Those of you in the private sector are the first line of defense.”

On May 9, 2007, George Bush issued National Security Presidential Directive 51 entitled “National Continuity Policy.” In it, he instructed the Secretary of Homeland Security to coordinate with “private sector owners and operators of critical infrastructure, as appropriate, in order to provide for the delivery of essential services during an emergency.”

“They’re very much looped into our readiness capability,” says Amy Kudwa, spokeswoman for the DHS. “We provide speakers, as well as joint presentations [with the FBI]. We also train alongside them, and they have participated, sometimes hundreds at a time, in national preparation drills.” According to more than one interviewed member, an additional benefit to InfraGard membership is permission to shoot to kill in the event of martial law, without fear of prosecution.

“We get very easy access to secure information that only goes to InfraGard members,” Schneck says. “If you had to call 1-800-FBI, you probably wouldn’t bother,” she says. “But if you knew Joe from the local meeting you had with him over a donut, you might call. Either to give or to get [information]. We want everyone to have a little black book.”

Jay Stanley, public education director of the ACLU’s technology and liberty program, warns that, “The FBI should not be creating a privileged class of Americans who get special treatment. There’s no ‘business class’ in law enforcement. If there’s information the FBI can share with 22,000 corporate bigwigs, why don’t they just share it with the public? That’s who their real ‘special relationship’ is supposed to be with. Secrecy is not a party favor to be given out to friends. . . . This bears a disturbing resemblance to the FBI’s handing out ‘goodies’ to corporations in return for folding them into its domestic surveillance machinery.”

InfraGard is not readily accessible to the general public. Its communications with the FBI and DHS are beyond the reach of the Freedom of Information Act under the “trade secrets” exemption, its website says. And any conversation with the public or the media is to be carefully rehearsed.

The Progressive sent out a press release on the InfraGard story, and I was interviewed on Air America, Democracy Now! and lots of other alternative radio shows. But the mainstream media have ignored this story, with the exception of one small wire service report. The FBI hasn’t ignored it, though.

On February 15, the FBI issued a press release denouncing our article.

“The article’s claims are patently false,” said the FBI’s Cyber Division Assistant Director Shawn Henry. “InfraGard members have no extraordinary powers and have no greater right to ‘shoot to kill’ than other civilians.”

“No greater right”? That’s odd language, isn’t it? It reminded me of a quote in my article from Curt Haugen, CEO of S’Curo Group, and a proud InfraGard member. When I asked him about whether the FBI or Homeland Security agents had told InfraGard members they could use lethal force in an emergency, he said: “That much I cannot comment on. But as a private citizen, you have the right to use force if you feel threatened.”

Note that the FBI did not deny that it ever told InfraGard members that they could “shoot to kill.” All that Henry said was that InfraGard members “have no greater right.” That doesn’t exactly blow a hole in my story.

The FBI seemed put out that I did not give enough information about the meeting the whistleblower attended. “Unfortunately, the author of the Progressive article refused even to identify when or where the claimed ‘small meeting’ occurred in which issues of martial law were discussed,” Henry said in the press release. “If we get that information, the FBI certainly will follow up and clarify any possible misunderstandings.”

The reason I didn’t identify where or when the meeting took place is obvious: I didn’t want to reveal anything that would expose my whistleblower.

Incidentally, the press release fails to mention that I received confirmation about discussions of “lethal force” from another member of InfraGard, whom I did name.

I stick by every single word of my story. And I call on Congress to investigate InfraGard and to inspect the plans that the FBI may have in store, not only for InfraGard, but for all of us in times of an emergency.

One final note: since the story appeared, I’ve received several new leads, including one confirming that a private company has been given “lethal powers.”

Editor of The Progressive magazine, regarded as one of the leading voices for peace and social justice in the United States.