Op-Ed by Robert Gates : Helping Others Defend Themselves 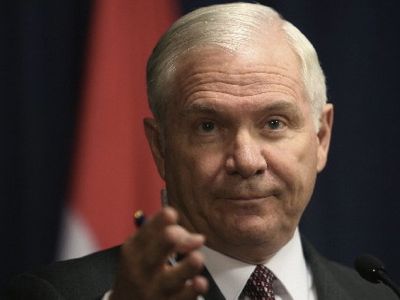 In the decades to come, the most lethal threats to the United States’ safety and security — a city poisoned or reduced to rubble by a terrorist attack — are likely to emanate from states that cannot adequately govern themselves or secure their own territory. Dealing with such fractured or failing states is, in many ways, the main security challenge of our time.

For the Defense Department and the entire U.S. government, it is also a complex institutional challenge. The United States is unlikely to repeat a mission on the scale of those in Afghanistan or Iraq anytime soon — that is, forced regime change followed by nation building under fire. But as the Pentagon’s Quadrennial Defense Review recently concluded, the United States is still likely to face scenarios requiring a familiar tool kit of capabilities, albeit on a smaller scale. In these situations, the effectiveness and credibility of the United States will only be as good as the effectiveness, credibility, and sustainability of its local partners.

This strategic reality demands that the U.S. government get better at what is called "building partner capacity": helping other countries defend themselves or, if necessary, fight alongside U.S. forces by providing them with equipment, training, or other forms of security assistance. This is something that the United States has been doing in various ways for nearly three-quarters of a century. It dates back to the period before the United States entered World War II, when Winston Churchill famously said, "Give us the tools, and we will finish the job." Through the Lend-Lease program, the United States sent some $31 billion worth of supplies (in 1940s dollars) to the United Kingdom over the course of the war. U.S. aid to the Soviet Union during those years exceeded $11 billion, including hundreds of thousands of trucks and thousands of tanks, aircraft, and artillery pieces.

Building up the military and security forces of key allies and local partners was also a major component of U.S. strategy in the Cold War, first in Western Europe, then in Greece, South Korea, and elsewhere. One of the major tenets of President Richard Nixon’s national security strategy, the Nixon Doctrine, was to use military and economic assistance to help U.S. partners and allies resist Soviet-sponsored insurgencies without using U.S. troops in the kind of military interventions that had proved so costly and controversial in Korea and Vietnam.

How America can counter Putin’s moves in Syria