While Saudi Arabia has adopted the Qatari plan to overthrow the Syrian secular regime, Riyadh seems unable to adapt to the sudden withdrawal of the U.S. Not only did the Saudis reject the Russian-American accord but they pursue the war and announce retaliation to "punish" the United States. For Thierry Meyssan, this stubborness is equivalent to collective suicide by the family of Saud. 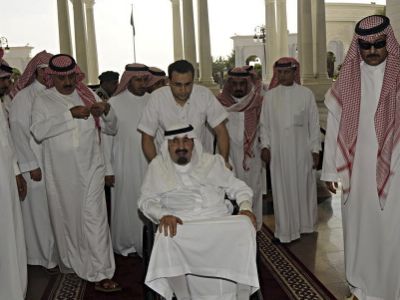 Unleashed by the United States against Syria, will Saudi Arabia commit suicide if defeated? This is what one might conclude from the following events:

On July 31st, 2013, Prince Bandar bin Sultan visited Russia, where he not only met his counterpart, the intelligence chief , but also President Vladimir Putin. There are two versions of this meeting. For the Saudis, Bandar spoke on behalf of the Kingdom and the United States. He offered to buy 15 billion dollars worth of Russian weapons if Moscow dropped Syria. For the Russians, he spoke arrogantly, first threatening to send jihadists to disrupt the Olympic Games in Sochi if Moscow persisted in supporting the secular regime in Damascus, then trying to bribe him. Whatever the truth, Putin felt that his interlocutor was insulting Russia.

On September 30th, Prince Saud Al -Faisal had been included on the agenda of the general debate of the 68th session of the General Assembly of the United Nations, but, enraged by the warming of relations between Iran and the U.S., the Saudi Minister of Foreign Affairs left without excusing himself. In his anger, he refused to have his pre-printed speech distributed to delegates.

On October 11th, the Deputy Secretary General of the United Nations and former head of the Department of State for the Middle East, Jeffrey Feltman, received a Lebanese delegation. Speaking on behalf of Mr. Ban, but probably even more on behalf of President Obama, he had no words strong enough to criticize Saudi foreign policy, built on grudges and unable to adapt to a changing world.

On the 18th of October, the General Assembly of the United Nations, with 176 votes out of 193, elected Saudi Arabia as a non-permanent member of the Security Council for two years from January 1st, 2014. Ambassador Abdallah El- Mouallemi congratulated himself for this victory that reflects "the effectiveness of Saudi policy marked by moderation". (sic) But a few hours later, Prince Saud Al-Faisan issued a press release with Nasserist overtones on the incapacity of the Security Council and the refusal of the Kingdom to take its seat. If the main official reason given was the Syrian issue, the minister offered hiself the luxury of also denouncing the Palestinian issue and the weapons of mass destruction in the Middle East, that is to say, to designate as enemies of peace both Iran and Israel. Knowing that the criticism of the Syrian UN policy is a challenge directly to Russia and China, who made ​​use of their vetoes three times, this press release was an insult to Beijing, although China is currently the main customer for Saudi oil. This about face, which plunged the United Nations into dismay, however, was loudly applauded by the presidents of Turkey and France declaring that they share the "frustrations" of Saudi Arabia on Syria.

On October 21st, the Wall Street Journal revealed that Prince Bandar bin Sultan had invited European diplomats posted in Riyadh to his home. There the head of the secret services narrated Saudi fury against Iranian rapprochement with the U.S. and U.S. military withdrawal from Syria. He is said to have announced to his guests that the kingdom would retaliate by divesting from America. Returning to the episode of the seat on the Security Council, the newspaper clarified that according to Prince Bandar, the statement was not directed against Beijing but against Washington; such a clarification being all the more interesting for not corresponding to the situation.

Faced with the disbelief generated by these statements and soothing comments from the State Department, Prince Turki bin Faisal explained to Reuters that the words of his personal enemy, Bandar, committed the kingdom and that the new policy would not be questioned. There is therefore no longer a question of a division of power between the two rival branches of the ruling family, the Sudairi against the Shuraim, but of their common vision.

In summary, Saudi Arabia insulted Russia in July, China two weeks ago, and now the United States. The Kingdom announced that it will withdraw its investments from America likely in favour of Turkey and France, even though no expert can see how this would be possible. Two explanations for this behavior are possible: either Riyadh feigned anger to allow Washington to continue the war in Syria without taking responsibility, or the family of Saud committed political suicide.

The first hypothesis seems contradicted by the declarations of Prince Bandar before the European ambassadors. If he was playing under the table for the United States, he would have refrained from coming to preach revolution to its allies.

The second hypothesis recalls the behavior of camels, animal fetishes of the Saudi Bedouins. They are reputed to be capable of carrying a grudge for years, not finding peace until they have satisfied their revenge whatever the cost.

However, the survival of Saudi Arabia is at stake since the appointment of John O. Brennan at the head of the CIA in March 2013. Formerly stationed in Saudi Arabia, he is a staunch opponent of the system put in place with Riyadh by his predecessors: international jihadism. Brennan believes that even if these fighters once did a good job in Afghanistan, Yugoslavia and Chechnya, they have become too numerous and unmanageable. What started as a few Arab extremists taking pot shots at the Red Army became a constellation of groups present from Morocco to China, fighting ultimately much more for the triumph of the Saudi model of society than to defeat adversaries of the United States. Already in 2001, the United States had thought to eliminate Al Qaeda by blaming it for the attacks of September 11th. However, with the official Osama Bin Laden assassination in May of 2011, they decided to rehabilitate the system and made great use of it in Libya and Syria. Without Al Qaeda Muammar el- Qaddafi could never have been overthrown. This is evident today by the presence of Abdelhakim Belhaj, former number two of the organization, as military governor of Tripoli. Anyway in the eyes of John O. Brennan, international jihadism should be reduced to low levels and be kept only as a special lever of the CIA for some occasions.

Jihadism is not only the only effective force in Saudi Arabia, whose army is divided into two units obeying the two clans of the Saud family, but also its sole purpose. Washington does not need the kingdom to provide it with oil nor to plead the cause of peace with Israel. Hence the return to the old neocon Pentagon plan: "Throw the Saudis out of Saudi Arabia," the title of a July, 2002 powerpoint presentation to the Political Council of the Department of Defense. This project foresees the dismantling of the country into five distinct areas, three of which are to form independent states from each other and two of which would be attached to other states.

By choosing a showdown with the United States, the family of Saud doesn’t give them a choice. It is unlikely that Washington will allow itself to be dictated to by a few wealthy Bedouins but predictable that it will have them fall in line. In 1975, they did not hesitate to have King Faysal assassinated. This time, they will likely be even more radical.