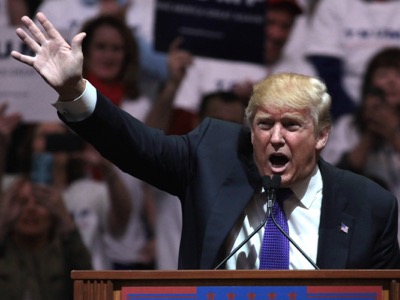 We the undersigned, members of the Republican national security community, represent a broad spectrum of opinion on America’s role in the world and what is necessary to keep us safe and prosperous. We have disagreed with one another on many issues, including the Iraq war and intervention in Syria. But we are united in our opposition to a Donald Trump presidency. Recognizing as we do, the conditions in American politics that have contributed to his popularity, we nonetheless are obligated to state our core objections clearly:

His vision of American influence and power in the world is wildly inconsistent and unmoored in principle. He swings from isolationism to military adventurism within the space of one sentence.

His advocacy for aggressively waging trade wars is a recipe for economic disaster in a globally connected world.

His embrace of the expansive use of torture is inexcusable.

His hateful, anti-Muslim rhetoric undercuts the seriousness of combatting Islamic radicalism by alienating partners in the Islamic world making significant contributions to the effort. Furthermore, it endangers the safety and Constitutionally guaranteed freedoms of American Muslims.

Controlling our border and preventing illegal immigration is a serious issue, but his insistence that Mexico will fund a wall on the southern border inflames unhelpful passions, and rests on an utter misreading of, and contempt for, our southern neighbor.

Similarly, his insistence that close allies such as Japan must pay vast sums for protection is the sentiment of a racketeer, not the leader of the alliances that have served us so well since World War II.

His admiration for foreign dictators such as Vladimir Putin is unacceptable for the leader of the world’s greatest democracy.

He is fundamentally dishonest. Evidence of this includes his attempts to deny positions he has unquestionably taken in the past, including on the 2003 Iraq war and the 2011 Libyan conflict. We accept that views evolve over time, but this is simply misrepresentation.

His equation of business acumen with foreign policy experience is false. Not all lethal conflicts can be resolved as a real estate deal might, and there is no recourse to bankruptcy court in international affairs.

Mr. Trump’s own statements lead us to conclude that as president, he would use the authority of his office to act in ways that make America less safe, and which would diminish our standing in the world. Furthermore, his expansive view of how presidential power should be wielded against his detractors poses a distinct threat to civil liberty in the United States. Therefore, as committed and loyal Republicans, we are unable to support a Party ticket with Mr. Trump at its head. We commit ourselves to working energetically to prevent the election of someone so utterly unfitted to the office.

The statement above was coordinated by Dr. Eliot A. Cohen, former Counselor of the Department of State (2007–8) and Bryan McGrath, Managing Director of The FerryBridge Group, a defense consultancy. They encourage other members of the Republican foreign policy and national security communities wishing to sign the declaration to contact them.