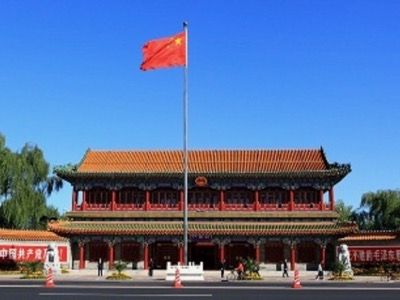 China has revised its regulation on religious affairs, to take effect on Feb 1, 2018, according to a decree signed by Premier Li Keqiang and released by the State Council on Sept 7.

The last version of the regulation was released in November 2004 and took effect in March 2005.

The regulation is formulated with the goal of protecting citizens’ freedom of religious belief, maintaining religious and social harmony and regulating the management of religious affairs.

It specified that citizens are entitled to the right of freedom of religion.

The management of religious affairs should adhere to the principle of protecting legitimate religious activities while curbing and preventing illegal and extreme practices.

Governments at all levels are urged to strengthen religious work, with efforts to improve the mechanism of religious affairs.

The establishment, changes and dissolution of religious groups must be registered in accordance with related rules on China’s social group management.

Religious groups are entitled to functions that include assisting governments at all levels in the implementation of laws, regulations, rules and policies, protecting the legitimate rights of citizens with religious beliefs, guiding religious affairs, researching religious culture and carrying out religious education and training.

Venues for religious activities include temples, churches and other fixed places.

Other gathering places should be determined by the religious affairs departments of province-level governments.

Venues for religious activities are urged to strengthen internal management, improve management system in personnel, finance, assets, relics protection and other aspects, and accept the guidance, supervision and inspection from local governments.

The State Council
The People’s Republic of China