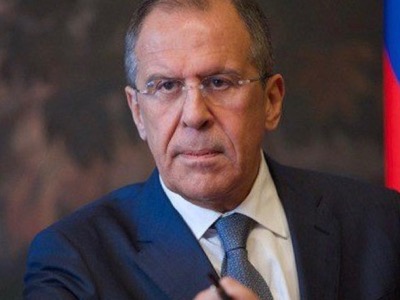 The British authorities have demonstrated their inability to ensure the safety of Russian citizens more than once. The glaring examples include the poisoning of former FSB agent Alexander Litvinenko, the death of businessmen Badri Patarkatsishvili and Alexander Perepelichny under unclear circumstances, the mysterious “suicide” of Boris Berezovsky and the strangling of Berezovsky’s business partner Nikolai Glushkov, and lastly, the recent attempt on the lives and health of Sergey Skripal and his daughter Yulia.

In the latter case, London acted contrary to all the norms of international law, ethics and even common sense. London has accused Russia of poisoning Russian citizens without providing any evidence or the complete picture of the crime. At the same time, it has provided the alleged name of the toxic agent, which has never been used in Russia, and has launched a large-scale political and media campaign against Russia. It has initiated the campaign to expel Russian diplomats from a number of countries and representative offices at international organisations and has announced a package of other sanctions. Meanwhile, it has completely disregarded our legitimate requests to share the samples of the alleged toxic agent.

On March 16, 2018, Russia’s Investigative Committee initiated criminal proceedings regarding the attempted murder of Russian citizen Yulia Skripal and submitted a relevant request to the British side. We expect London to cooperate with us within the framework of the investigation that has been launched by the Russian legal authorities.

The actions of the British authorities raise many questions. The British public is being kept in the dark regarding the key elements of this incident, which has been described as extremely dangerous, and the number of the people affected is kept secret. No information has been provided about the activities of Britain’s secret research facility in Porton Down near Salisbury, where chemical research was conducted. No information has been provided about Operation Toxic Dagger, an annual chemical warfare exercise conducted at the Porton Down facility together with the UK military, which was completed shortly before the Skripals’ poisoning.

Meanwhile, London has initiated a worldwide campaign to spread the presumption of Russia’s guilt. We see a deliberate and purposeful escalation of confrontation and a demonstration of military force on Russia’s border. It is an obvious effort to undermine the political and diplomatic interaction that could lead to an objective and comprehensive investigation of the Salisbury incident.

The analysis of all these circumstances shows that the UK authorities are not interested in identifying the real causes and the real perpetrators of the crime in Salisbury, which suggests a possible involvement of the UK intelligence services. Unless we receive convincing proof of the opposite, we will regard this incident as an attempt on the life of Russian citizens as part of a large-scale political provocation. We emphasise that the burden of proof rests solely on the UK.