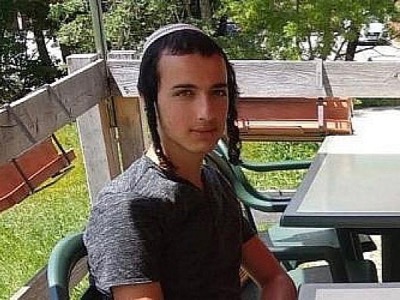 It is with great sorrow and grief that I write to you regarding the brutal murder of Dvir Sorek, a 19-year-old yeshiva (Jewish seminary) student, at the hands of Palestinian terrorists last night in Gush Etzion.

Dvir, an off-duty soldier out of uniform, was returning alone from Jerusalem to his yeshiva when Palestinian terrorists attacked him on the outskirts of the town of Migdal Oz, stabbing him to death in cold blood and then fleeing the area. Dvir’s body, still with his books, was found before dawn.

Israel’s security forces are pursuing those responsible for this horrific crime to bring them to justice.

In response, Palestinian social media is glorifying this brutal attack, with Hamas praising it as a “heroic operation.” Other Palestinian political factions viewed it as “a legitimate right”, and called it “a blessed sacrifice in commemoration of the coming Eid al-Adha”.

The Palestinian Authority spends about 7 per cent of its annual budget on these terrorist salaries. Mahmoud Abbas himself praised Palestinian terrorists as heroes from the podium of the General Assembly last September. The international community must send a clear and unequivocal message to the Palestinian leadership: stop providing cash rewards and publicly honouring those who commit acts of terrorism. Above all, stop encouraging terrorism and educating your children to hate.

I call upon the Security Council to condemn this sickening act of terror immediately, unequivocally and in the strongest terms possible. It is the duty of the Council to put an urgent stop to all Palestinian incitement efforts.

Israël against the Venezuelans