Now is the moment for peace between Kurds and the Turkish state. Let’s not waste it 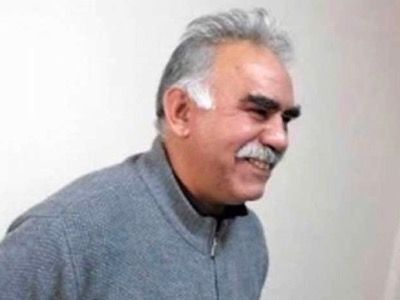 We are at a critical moment in the conflict between the Turkish state and the Kurdish people. We have an opportunity to move a long-standing dispute toward a lasting solution. If we squander this opportunity, it might not come again for a generation.

Since the founding of the Turkish republic in 1923, Kurds have struggled to achieve full recognition as citizens. They have faced myriad forms of discrimination and oppression. After trying fruitlessly for more than five decades to make progress within the political system, we were left with no choice but to resort to armed resistance. The Kurdistan Workers’ Party (PKK), born in 1978, launched a guerrilla war in 1984. While the Turkish state tried to use nationalism and political Islam to quash our struggle, our party demanded freedom for ethnicities and all faiths from the beginning.

In 1999, Turkish operatives captured PKK leader Abdullah Ocalan in Kenya, in an operation supported by the United States. He was sentenced to life in prison on the island of Imrali, where he has been the sole inmate for nearly 20 years.

Ocalan’s capture and imprisonment coincided with the rise to power of the Justice and Development Party (AKP), led by Recep Tayyip Erdogan. Erdogan and his party won early public support by emphasizing democracy, human rights and justice. Just a few years later, however, when asked about the Kurdish question, Erdogan replied: “If you don’t think about it, it doesn’t exist.”

And yet it did exist, as even Erdogan was ultimately forced to acknowledge. We made a number of efforts to negotiate in good faith with the government, including corresponding cease-fires. Each time, the ruling party’s commitment to peace lasted only as long as proved politically expedient.

Then, in 2012, the PKK implemented a cease-fire that we upheld despite huge obstacles. The PKK released all Turkish soldiers and police officers it had held in captivity, and our forces began a gradual withdrawal from Turkey. That opened a path to negotiations.

On Feb. 28, 2015, after two years of talks, representatives of the Kurdish people and the Turkish state reached an agreement expressing our shared hopes for peace. Yet when Erdogan found that the talks were no longer beneficial to his party’s electoral future, he once again chose conflict.

The regular meetings that had been taking place between representatives of the Turkish state and our leader Ocalan ended. The war resumed with fresh force. Tanks and fighter jets flattened 10 Kurdish cities. The Turkish military brutally killed hundreds of civilians, including women, children and the elderly. Security forces often prevented families from retrieving the bodies of their relatives.

Once again, the state sought to deal a fatal blow to the Kurdish people. Holding power through religious extremism and racism at the cost of democracy and civilian lives, in its current form the ruling Justice and Development Party is a danger not only to the Kurds but also to the Middle East and the whole world.

Erdogan now sees the democratic revolution of the Kurds in Syria and the defeat of the Islamic State as a threat to the Turkish state’s Kurdish policy and his own authoritarian grip on power. Our organization wants to see the liberation of all the peoples of Syria and the true democratization of the country. The Kurds, Arabs and Assyrians of northeastern Syria have already put democratic autonomy, developed by Ocalan during his years in prison, into practice.

We have made our own mistakes in addressing these challenges. We were naive to think that the Kurdish question would be solved solely through dialogue with Erdogan’s party. In trying to solve a conflict so complex and so connected to other challenges, we should have worked harder to include all the democratic forces of Turkey. In the same way, we should have mobilized pro-democracy forces in the Middle East and around the world to contribute to the democratization of Turkey and the solution of the Kurdish question.

In case there is any ambiguity on this score: We once again declare that we are committed to negotiating a political solution of the Kurdish question within Turkey’s borders.

We will repeat what we have said before: Ocalan is our lead negotiator. We agree with all the points in Ocalan’s most recent communications and specify that to ensure a lasting cease-fire, Ocalan’s ability to work and contribute freely is indispensable to us. To be more precise, he must be transferred from Imrali prison to a safe house.

The world has an interest in supporting our aims. Today’s crisis in Turkey is fundamentally a political one. It is a crisis derived from the bankruptcy of the Turkish republic’s century-old Kurdish policy, a problem that lies at the heart of Turkey’s current domestic, regional and global challenges. In this regard, Turkey desperately needs a new understanding of the “nation” that has room for different ethnic and cultural identities. Such an approach should be reflected by a new administrative system that reflects our region’s historic diversity, freed from Ankara’s centralizing stranglehold.

Source : “Now is the moment for peace between Kurds and the Turkish state. Let’s not waste it”, by Cemil Bayik, Washington Post (United States), Voltaire Network, 3 July 2019, www.voltairenet.org/article207361.html

One of the five founders of the Kurdistan Workers’ Party (PKK).

Now is the moment for peace between Kurds and the Turkish state. Let’s not waste it

Source: “Now is the moment for peace between Kurds and the Turkish state. Let’s not waste it” , by Cemil Bayik , Washington Post (United States) , Voltaire Network , 3 July 2019, www.voltairenet.org/article207361.html