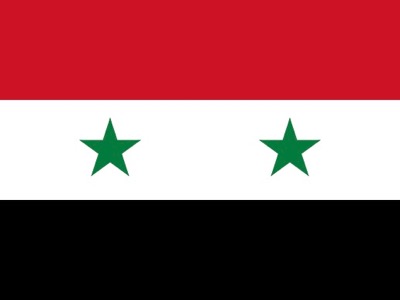 Recalling all of its previous resolutions, statements of its President and press statements on the situation in the Syrian Arab Republic,

Reaffirming the full respect for the sovereignty, independence, unity, and territorial integrity of the Syrian Arab Republic, in accordance with the Charter of the United Nations,

Reiterating its grave distress at the continued severity of humanitarian situation in North-West Syria, exacerbated by the indiscriminate attacks on populated areas, the use of improvised explosive devices, abductions, extrajudicial killings, arbitrary executions, forced disappearances, and violence against civilian population, including sexual and gender-based violence, use of civilians as human shields, restrictions of freedom of movement, and forced recruiting,

Expressing its serious concern over the dominance of terrorists in the Idlib de escalation zone, controlling more than 90% of its territory, which causes suffering to civilian population and hampers humanitarian activities in north-west Syria,

Renewing its unwavering commitment to strengthening international cooperation to prevent and combat terrorism in all its forms and manifestations, and reaffirming that any acts of terrorism are criminal and unjustifiable, regardless of their motivation, wherever, whenever, and by whomsoever committed,

Reaffirming that Member States must ensure that any measures taken to combat terrorism comply with all their obligations under international law, in particular international human rights law, refugee law, and international humanitarian law, while reaffirming its resolve to address all aspects of the threat posed by the Islamic State in Iraq and the Levant (ISIL, also known as Da’esh), Al Qaeda and Al-Nusra Front (ANF) and all other individuals, groups, undertakings and entities associated with Al Qaeda or ISIL, and other terrorist groups, as designated by the Security Council,

Further urging all States to ensure no tolerance for terrorism, regardless of the targets or motives, and calling upon all States to refrain from organizing, instigating, facilitating, participating in, financing, encouraging or tolerating terrorist activities and to take appropriate practical measures to ensure that their respective territories are not used for terrorist installations or training camps or for the preparation or organization of terrorist acts intended to be committed against other States or their citizens,

Recognizing that the illicit trade in small arms and light weapons in all its aspects sustains conflicts, exacerbates violence, contributes to the displacement of civilians, undermines respect for international humanitarian law, impedes the provision of humanitarian assistance to victims of armed conflict and fuels crime and terrorism,

Recalling the legal obligations of all parties under international humanitarian law and international human rights law, as well as all relevant UN Security Council resolutions, especially to cease all attacks directed against civilians, civilian objects and as well as medical personnel, their means of transport and equipment, hospitals and other medical facilities,

Expressing dismay over discrepancies in the coordinates and purposes of the facilities, submitted to the parties for de-confliction,

Welcoming the unilateral ceasefire announced by the Syrian Government on 31 August 2019 and expressing deep concern over ongoing military activities in Idlib Governorate, including those conducted by the state parties, which may lead to further hostilities and deteriorate the humanitarian situation,

Stressing the importance of de-escalation and respecting ceasefire agreements, as well as the full implementation of resolutions 2254 (2015), 2268 (2016) and 2401 (2018), as steps towards a comprehensive nationwide ceasefire, and emphasizing the need for all parties to respect their commitments to existing ceasefire agreements, and that humanitarian access must be part of these efforts in accordance with international humanitarian law,

Taking note of the memorandum of understanding agreed between the Russian Federation and Turkey on 17 September 2018, as communicated in Security Council document S/2018/852,

Underscoring that Member States are obligated under Article 25 of the Charter of the United Nations to accept and carry out the Council’s decisions,

1. Decides that all parties maintain the cessation of hostilities as of 31 August 2019 to avoid a further deterioration of the already catastrophic humanitarian situation in Idlib Governorate;

2. Reaffirms that the cessation of hostilities shall not apply to military operations against individuals, groups, undertakings and entities associated with terrorist groups, as designated by the Security Council;

3. Reaffirms its decision in resolution 1373 (2001) that all States shall refrain from providing any form of support, active or passive, to entities or persons involved in terrorist acts, including by eliminating the supply of weapons to terrorists, condemns in the strongest terms all instances of non-compliance with the aforementioned decision, and stresses the importance of full and effective implementation of the relevant resolutions and appropriately addressing the issues related to the lack thereof;

5. Reiterates its demand for all parties to comply with their obligations under international law, including international humanitarian law and human rights law, to facilitate safe and unhindered humanitarian access to population in need, and immediately seize all attacks against civilians, civilians objects, medical personnel, humanitarian personnel exclusively engaged in medical duties, their means of transport, hospitals and other medical facilities, as well as to demilitarize all civilian objects, hospitals and other medical facilities in accordance with international law and to avoid establishing military positions in populated areas;

6. Requests the Secretary-General, through his good offices and the efforts of his Special Envoy for Syria, as outlined in resolution 2254 (2015), to continue to engage in order to find an immediate, durable and lasting solution to the situation in Idlib Governorate, and calls on all relevant Member States, parties to the conflict, and the international community to support and provide concrete assistance to these efforts;

7. Decides to remain actively seized of the matter.