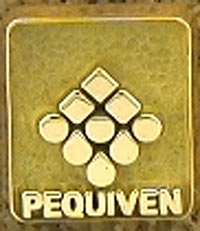 The minister of Energy and Mining and president of the Venezuelan state owned Petróleos de Venezuela (Pdvsa), Rafael Ramírez announced that Pequiven will be transformed into the Venezuelan Petrochemical Corporation, “a change that implies the creation of a specific entity for the petroleum business, in order to make projects more fluent”.

President Hugo Chávez said that “this complex will give a thrust to the productive structure of the company". He pointed out that in order to create the corporation, Venezuela will subscribe agreements with Qatar and Iran concerning the petrochemical business, which he claims, has not been fully developed in our country.

For his part, Ramírez announced that after the OPEC meeting, he would travel to Iran in order to work on the different agreements for the creation of the new corporation. “This project is intended to replace gas for other products as nafta, that is produced in other countries".

Ramírez informed that the process of creation of the corporation would begin in 2005.In the last months, Pdvsa has been making modifications in its structure. Recently, it announced the transformation of the subsidiary Palmaven into a social development branch, in order to coordinate social investments in the oil fields, in the centers of endogenous development (development from within the country) and in the national asphalt plan.

We have been carrying out the elimination of Bitor (Bitumens of Orinoco), but the process has been slow, since we have had to renegotiate the prices of orimulsion.

Ramírez said that the process of revision of the industry’s regulations is still taking place, but gave no information on what changes will be made, and insisted that the modifications are intended to adapt the industry to "the new reality of the country". "We have held meetings with the workers to discuss some of these aspects, and we will form a consulting commission with the Human Resources department in order to go ahead in these changes".

He informed that the analysis of the oil industry’s external assets continues, and regarding Citgo, he said that "we are evaluating its situation, and the sale of part of its assets will depend on the analyses we are making. There are evidently many aspects about Citgo that have to be made clear, especially those concerning contracts and discounts granted".