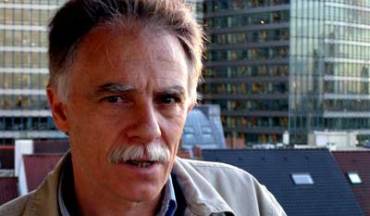 “A country that has squandered its own resources is getting ready to wrongfully appropriate, on behalf of the ‘fight against international terror’, Latin America’s resources”, - denounced Argentinean activist Antonio Alberto Vulcano from the platform at the Axis for Peace International Conference, organized by the Voltaire Network on November 17-18, 2005 in Brussels. “That country wants to take possession of one of the world’s largest oil reserves in Venezuela; South America’s largest reserve of natural gas in Bolivia; and one of the largest reservoirs of water resources in the world called Aquifero Guarani. The US wants to appropriate Latin America’s resources”. An Argentinean activist, exiled and survivor of the 1970’s state terrorism, Antonio Alberto Vulcano is a GP, works for public health and is responsible along with others for the organization of the social protests that sped up George W. Bush’s return to Washington from the Americas Presidents and Heads of Government Summit on November 4-5, 2005 in Mar del Plata, Argentina.