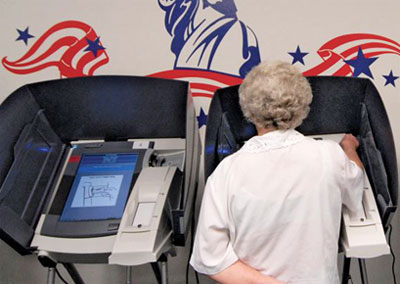 The evidence of organized vote-counting fraud in both elections was overwhelming, but the news media [Editor’s comment: which today are up in arms over the alleged electoral fraud in Iran] and the Democratic party did nothing.

This is the story that the US news media weren’t interested in telling:

UNCOUNTED shows how the election fraud that changed the outcome of the 2004 election led to even greater fraud in 2006 - and loomed as a threat to the 2008 election.
http://www.uncountedthemovie.com/