The Best Tribute To A Hero’s Mother

Yesterday, Carmen Nordelo Tejera passed away. She was the selfless mother of Gerardo Hernandez Nordelo, a Hero of the Republic of Cuba who is unjustly serving two life-sentences plus 15 years of imprisonment.

What’s incredible is that only 12 days ago the Yankee legal system released Santiago Álvarez Fernández-Magriñá, who at the moment of his arrest was in possession of 1500 war weapons, hand grenades and other means to be used in terrorist actions against our people.

It was the second batch of weapons occupied to the CIA agent who, at the service of the US government, has dedicated a large part of his life to terrorism against Cuba. 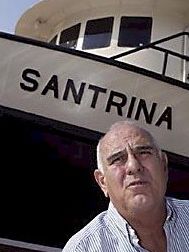 It would be worthwhile that Barack Obama’s advisors, who so often broadcast his speeches on television, request and show to the president a copy of the Cubavision Round Table which analyzed the ridiculous four-year sentence in a minimum security prison given to Santiago Alvarez for the weapons seized from him. Worse still, his sanction was reduced after he surrendered to the US Attorney’s office another batch of weapons larger than the previous one. The man had also sent a group to infiltrate into Cuba with instructions to, among other things, blast an explosive charge inside the always crowded Tropicana Cabaret. There is irrefutable material evidence of such instructions.

Another terrorist of Cuban descent, Roberto Ferro, an ally of the Posada Carriles’ and Santiago Alvarez’s terrorist Mafia, was arrested on July 1991 with a cache of 300 fire arms, detonators and plastic explosive. He was sentenced to two years in jail. In April 2006, the authorities found in hidden compartments in his house 1571 hand weapons and grenades. He was given a five-year prison sentence.

No matter how much is said it will never be enough to describe the cynical US policy that includes Cuba in the list of terrorist countries and applies the murderous Cuban Adjustment Act only to our nation, which it targets with an economic blockade preventing even the sale of medical equipment and medicines.

Yesterday, our TV Round Table listed Santiago Alvarez crimes while it showed Miami broadcasts where a notorious US agent, Antonio Veciana, related the plans they had to use explosives and bullets to murder Cuban leaders, including Camilo and Che, who were with me at a massive rally of hundreds of thousands of people in front of the old Presidential Palace, or to murder me during a press conference in Chile when I visited President Salvador Allende. Ultimately, as the mercenary himself confessed, the CIA hirelings were overcome by fear. And these were only two of the many assassination plans conceived by the government of that country.

Such misdeeds can be remembered in cold blood except when, as it is the case now, their description coincides with the news of the death, after a lengthy illness, of an honest and brave mother like Carmen Nordelo Tejera whose son has been unfairly given two life-sentences plus 15 years of isolated and cruel incarceration in a high security prison. What pain could be tougher for her than the unjust life-sentence given to his son for crimes he never committed?

It is impossible to lay a wreath on her grave without denouncing once again the repugnant cynicism of the empire.

This combines with another terrible news received this same afternoon: the official signing of the agreement allowing the United States to establish seven military bases in the heart of Our America to threaten not only Venezuela but also every other people in the Center and South of our hemisphere. This is not the action of the Bush Administration; it is Barack Obama who’s signing that agreement, in violation of legal, constitutional and ethical norms, at a moment when the fruits of the nefarious Yankee military base of Palmerola, in Honduras, are still there for the world to see. The military coup d’état in that Central American country was dealt under the current administration.

Never before had the peoples of this hemisphere been so despised.

A country like Cuba is well aware that after the United States has established one of its military bases it only leaves if it wants to or it forcibly stays as it has done in Guantanamo, for over one hundred years. It was there that the US established the hateful torture center whose dungeons with numerous prisoners our distinguished Nobel Prize has not been able to remove. As soon as the return of the Manta base in Ecuador became effective, the seven military bases imposed to the Colombian people were made official. The pretext was the fight on drug-trafficking which, like the scourge of the paramilitaries, came up from the enormous US market for cocaine and other drugs. The Yankee military bases in Latin America came into existence long before the drugs did only to be used as an instrument of interventionism.

For half a century, Cuba has proven that it is possible to fight and to resist. The US President and his advisors are wrong to carry on that sordid and contemptuous policy towards the peoples of Latin America. We do not hesitate to take sides with the Bolivarian people of Venezuela, its President Hugo Chavez and his minister of Foreign Affairs, in denouncing the infamous military pact imposed to the Colombian people, a pact whose expansionist provisions its authors have not even dared to make public.

Cuba shall continue to cooperate with the healthcare, education and social development programs of the fraternal peoples that despite obstacles, advances and setbacks will be increasingly free and unbeatable.

We shall not only take flowers to the grave of Carmen Nordelo. We shall keep on restlessly struggling to free Gerardo, Antonio, Fernando, Ramon and Rene, exposing the endless hypocrisy and cynicism of the empire, and defending the truth!

This is the only way to honor the memory of the legions of mothers and women like her in Cuba who have sacrificed the best and most precious in their lives for the Revolution and for Socialism.

Former president of Cuba. Commander-in-chief of the Revolution.

The March Towards The Abyss

What would Einstein say?
Reflections by Comrade Fidel

A challenge to the US President