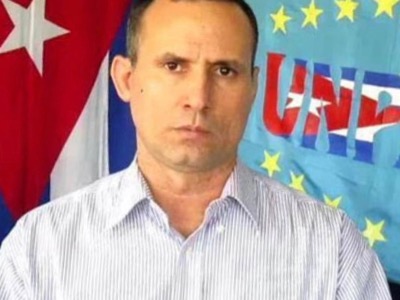 Cuban human rights defender Jose Daniel Ferrer has endured more than 100 days of unjust imprisonment and repeatedly has been dragged, chained, beaten, and burned at the hands of the regime, which you represent. The United States government joins a chorus of international voices demanding Ferrer’s immediate release. The European Parliament, the United Nations, the Organization of American States, Amnesty International, and journalists and human rights organizations from countries across the globe have condemned your regime’s treatment of Ferrer and other human rights defenders like him.

This is not the first time your regime has targeted Ferrer. He was imprisoned from 2003 until 2011 for advocating for democracy and respect for human rights in Cuba.

The current spurious charges against Ferrer follow a familiar pattern of harassment, violence, and arbitrary arrests against Cubans who seek only to advocate for democracy and the political and economic freedoms that would enable the Cuban people to create prosperity in Cuba. It cannot be a crime to criticize policies that have set Cuba’s development tumbling backwards for the past 61 years.

The United States will never forget the brave Cubans who put their lives on the line for the sake of a free Cuba. Until there is democracy and respect for human rights in Cuba and all political prisoners are freed, the United States will continue to hold the regime accountable for its abuses. For the sake of the Cuban people and for the betterment of your nation, we urge you to free Jose Daniel Ferrer immediately and take the first step toward a better future for Cuba.

Source : “An Open Letter to the Foreign Minister of the Republic of Cuba”, by Mike Pompeo, Voltaire Network, 24 February 2020, www.voltairenet.org/article187611.html

Source : “An Open Letter to the Foreign Minister of the Republic of Cuba”, by Mike Pompeo, Voltaire Network, 24 February 2020, www.voltairenet.org/article187611.html