What would Einstein say?

In a Reflection published on August 25, 2010 under the title of “The Opinion of an Expert”, I mentioned a really unusual activity of the United States and its allies which, in my opinion, underlines the risk of a nuclear conflict with Iran. I was referring to a long article by the well-known journalist Jeffrey Goldberg, published in the US journal The Atlantic in September of that year, entitled “The Point of No Return”. 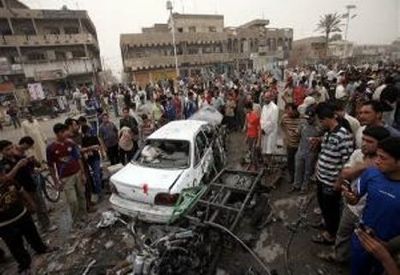 Goldberg was not anti-Israeli, quite the opposite; he is an admirer of Israel and holds double citizenship with the US and also did his military service in that country.

At the start of his article he wrote: “It is possible, as well, that “foiling operations” conducted by the intelligence agencies of Israel, the United States, Great Britain, and other Western powers—programs designed to subvert the Iranian nuclear effort through sabotage and, on occasion, the carefully engineered disappearances of nuclear scientists—will have hindered Iran’s progress in some significant way”

The parentheses in the paragraph are also his.

After mentioning the enigmatic phrase, I carried on with the analysis of that Gordian knot of international politics that could lead to the war which was so feared by Einstein. What would he say if he had learned about the “frustration operations” destined to make the most capable nuclear scientists disappear?

Maybe because it was so absurd and incredible, I didn’t pay too much attention to it, but months later, upon reading the recent accusations by the Iranian government, as well as news and opinions of well-informed people, the memory of that paragraph returned to my mind with a vengeance.

Four weeks before the end of 2010, an AFP agency dispatch informed:

“An Iranian nuclear scientist has been killed.
“Teheran accuses the United States and Israel of being behind a double assassination.
“AFP. November 30, 2010
“‘The hand of western governments and the Zionist regime is behind the assassination attempts’. Mahmud Ahmadineyad had no doubts when it came to look for the people guilty of the double attack on the nuclear experts that took place early yesterday in Teheran. Majid Shariari, professor at the Shahid Beheshti University of Teheran and member of the Nuclear Society of Iran lost his life and his wife was injured in an explosion reported a few metres from their home. His colleague Fereydoon Abbasi, a laser physicist at the same university and his wife were also injured after a similar attack. Even though some newspapers announced Abbasi’s death, it was finally the Mehr agency that confirmed that he had managed to save his life. According to the Fars agency, ‘unknown terrorists’ on motorcycles drove closet o the vehicles to plant the lapa bombs.”
“Members of the Ahmadineyad Executive and the Minister of the Interior, Mostafa Mohamad Najjar, directly accused the CIA and Mossad – the intelligence services of the US and Israel, respectively – of being behind these actions that presume a new blow for the country’s nuclear race at the doors of a possible new round of talks with the 5+1 members...”
“With yesterday’s attempt there are now three Iranian scientists who have been killed since 2007. Dr. Masoud Alí Mohamadi lost his life in Teheran last January after the explosion of a bomb as he was leaving his home, a death that has not yet been cleared up by the authorities who also accused the western intelligence agencies of trying to abort what they considered to be a right, the nuclear race for civilian purposes. The first victim in the heart of the scientific community was Ardeshir Hosseinpour, killed under strange circumstances in 2007 at the nuclear centre of Isfahan
.”

I don’t remember any other moment in history when the assassination of scientists has been transformed into official policy on the part of a group of powers armed with nuclear weapons. The worst is that, in the case of Iran, it is being applied on an Islamic nation, with which, even if they are able to compete and surpass it in technology, they could never do it in a field where, for cultural and religious questions, it could surpass them many times in the willingness of its citizens to die at any moment if Iran should decide to apply the same absurd and criminal formula on the professionals of their adversaries.

There are other serious events related to the carnage of scientists, organized by Israel, the US, Great Britain and other powers against the Iranian scientists, something about which the mass media does not inform world opinion.

An article by Christian Elia published on the Rebelión website on August 25, 2010, reports that:

An explosion has killed the father of the “drones” (unmanned planes) – of Iran – but he is just the last of the scientists who have lost their lives in the country.
“To find a photo of Reza Baruni on the Internet is a mission impossible. However, in the last few days, his name was at the centre of a mystery that has many international aspects...”
The only thing certain is that Reza Baruni, the Iranian aeronautical engineer, is dead. An air of absolute mystery hangs over everything else. All the industry analysts consider Baruni to be the father of the [...] UAVs (unmanned vehicles) of the Islamic Republic [...]. On August 1st, 2010, his house was blown up.”
“On August 17, 2010, Debka (very close to Israeli intelligence) publishes news of Baruni’s death and reveals its conclusions: the Iranian engineer’s home blew up because of the explosion of three very powerful explosive devices. Baruni was murdered.”
“But the murkiest episode in contrast is the death of Massud Ali-Mohammadi, professor of nuclear physics at Teheran University, murdered on January 11, 2010 in the Iranian capital. Professor Ali-Mohammadi died in the explosion of a motorcycle-bomb detonated from a distance at the time the professor was leaving his home to go to work…”

“Israel acknowledges that it has murdered an Iranian scientist last week.”
“Mossad, the Israeli secret service, acknowledged that last week it murdered Majid Shahriari and wounded another physicist in Iran, according to Mossad sources, in an operation carried out in Teheran. ‘It is the latest operation by the head of the Mossad’, the people heading Israeli secret services state with satisfaction at a meeting in their Gelilot headquarters to the north of Tel Aviv.”
“Gordon Thomas, a British expert in the Mossad, confirmed in Britain’s Sunday Telegraph that Israel is responsible for this double murder destined to obstruct the Iranian nuclear program.”
“Thomas states that all the Israeli assassination attempts in the last few years against personalities associated with the Iranian nuclear project have been committed by the Kidon (bayonet) unit. According to the Jewish newspaper Yediot Ahronot this unit is made up of 38 agents. Five of them are women. They are all between 20 and 30 years old and they speak several languages – including Persian – and they are able to come and go from Iran with ease. They are based in the Negev Desert.”

In the days of the Diaspora, the left wing in the world united in solidarity with the people of Israel. Persecuted for their race and religion, many of them fought in the ranks of the revolutionary parties. The peoples condemned the concentration camps that the European and world bourgeoisie wanted to ignore.

Today the leaders of the State of Israel practice genocide and are associating themselves with the most reactionary forces on the planet.

The alliance between the leaders of that State and the South Africa of the hateful apartheid regime is still to be cleared up; in complicity with the United States they supplied the technology to develop the nuclear weapons directed towards striking at the Cuban troops which, in 1975, were confronting the invasion of racist South Africa, whose disdain and hatred of the African peoples was no different from the Nazi ideology which murdered millions of Jews, Russians, gypsies and other European nationalities in the concentration camps of Europe.

If it hadn’t been for the Iranian revolution – stripped of weapons it swept over the best-equipped ally of the United States on the flank of the Soviet super-power – today it would be the Shah of Iran, supplied with nuclear weapons, and not Israel, who would be the principal bulwark of the Yankee and NATO empire in that region that is so strategic and immensely rich in oil and gas for the sure supply of the most developed countries on the planet.

It is an almost inexhaustible subject.

Former president of Cuba. Commander-in-chief of the Revolution.

The March Towards The Abyss

What would Einstein say?
Reflections by Comrade Fidel

A challenge to the US President