On 7 February 1959, the Cuban Official Gazette in one of the few leaflets published in the 38 days following the triumph of the Revolution, gave notice of the promulgation of the Basic Law of the Republic of Cuba. The Magna Carta referred to included amendments said to be fundamental for future structural and substantive social changes, indispensable in light of the new realities that the country faced. 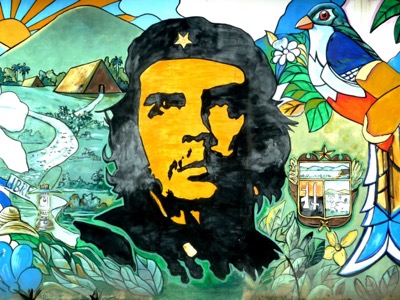 In the document, two issues, among others, required attention; the reestablishment of the postulates of the 1940 Constitution, displaced at a stroke by the illegal statutes laid down by Fulgencio Batista, in March 1952, and article 12, part of the Second Chapter, “On Nationality”.

Sub Para C, dedicated to defining persons who are Cubans by birth, specified: “Foreigners that have served in the armed struggle against the tyranny toppled on 31 December 1958, in the ranks of the Rebel Army for two years or more, and that have held the rank of Commander for at least a year, provided they fulfil these conditions under the law.”

The intention was clear. The aforementioned defining sub para was drafted with a refined sensitivity and a deep sense of historical justice since it targeted the only combatant with the unique requirements indicated: the Argentine doctor Ernesto Guevara de la Serna.

In a Council of Ministers meeting, initiated the same day (7 February), the pertinent agreement was adopted. According to Luís Buch, then the secretary of the Government’s highest organ, when he informed Che of the decision in the early morning of 8 February, Che was unfazed and considered that agreement was not merited. According to Che, he had only battled in Cuba to liberate a people, and he would have done the same thing in any other part of the world.

Che, as he would be nicknamed first by his comrades and later recognized in all corners of the planet, had accumulated those merits after barely 25 months of insurrectionary war.

The simple people had placed him right from the very beginning, with a fine popular instinct, in the place destined to genuine heroes, when it was yet to discover his exceptional humane qualities.

In a short time, the master of guerrilla warfare undertook diverse state and political responsibilities with dedication and efficiency. He extended his ethical and moral education, and by his personal example he led the way to “detachment from the ego” and altruism demonstrated by setting out to accomplish missions of liberation in the Congo and Bolivia.

With his outstanding qualities, he depleted Cubans and millions in the world of their capacity to be gobsmacked. His modesty, his capacity for work, clarity and the breadth of his political ideas are the virtues that defined him as a genuine creator in the social world.

Among the numerous examples linked to Cubans, it merits highlighting that his rigorous knowledge of Cuba’s history, achieved in a short and frenetic period, was only possible because of his lucid intelligence, his iron will to acquire knowledge and his interest in being identified with the country to whom he surrendered his sweat and blood.

His proverbial modesty almost prevented him hiding the intimate meaning bestowed on the distinction received, the highest that a nation may confer and only shared with General Máximo Gómez.

He never viewed it with the least formality and this he demonstrated when, at the dramatic moment of the farewell, he expressed in his letter to Fidel: “…wherever I end up, I will feel the responsibility of being a Cuban revolutionary and as such, I will act (…) and if my final hour comes upon me under another sky, my final thought will be with this people and especially you.”