Iran vs US at the ICJ 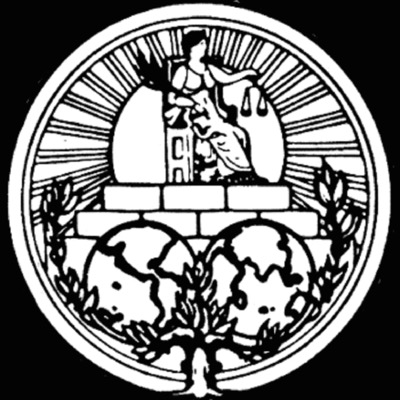 The Applicant explains that the United States, having for many years taken “the position that Iran may be designated a State sponsoring terrorism (a designation which Iran strongly contests)”, has adopted a number of legislative and executive acts [1] that have the practical effect of subjecting the assets and interests of Iran and Iranian entities, including those of the Central Bank of Iran (also known as “Bank Markazi”), to enforcement proceedings in the United States, even where such assets or interests “are found to be held by separate juridical entities . . . that are not party to the judgment on liability in respect of which enforcement is sought” and/or “are held by Iran or Iranian entities . . . and benefit from immunities from enforcement proceedings as a matter of international law, and as required by the [1955] Treaty”.

Iran further argues that, as a consequence of these acts, “a wide series of claims have been determined, or are underway, against Iran and Iranian entities” and that United States courts “have repeatedly dismissed attempts by Bank Markazi to rely on the immunities to which such property is entitled” under United States law and the 1955 Treaty. It further maintains that “the assets of Iranian financial institutions and other Iranian companies have already been seized, or are in the process of being seized and transferred, or at risk of being seized and transferred, in a number of proceedings” and explains that, as of the date of its Application, United States courts “ha[ve] awarded total damages of over US$ 56 billion . . . against Iran in respect of its alleged involvement in various terrorist acts mainly outside the USA”.

The Applicant claims that the above-mentioned enactments and decisions “breach a number of provisions of the [1955] Treaty”.

Iran thus “respectfully requests the Court to adjudge, order and declare as follows:

(a) That the Court has jurisdiction under the Treaty of Amity to entertain the dispute and to rule upon the claims submitted by Iran;

(b) That by its acts, including the acts referred to above and in particular its
• (a) failure to recognise the separate juridical status (including the separate legal personality) of all Iranian companies including Bank Markazi, and
• (b) unfair and discriminatory treatment of such entities, and their property, which impairs the legally acquired rights and interests of such entities including enforcement of their contractual rights, and
• (c) failure to accord to such entities and their property the most constant protection and security that is in no case less than that required by international law,
• (d) expropriation of the property of such entities, and
• (e) failure to accord to such entities freedom of access to the US courts, including the abrogation of the immunities to which Iran and Iranian State-owned companies, including Bank Markazi, and their property, are entitled under customary international law and as required by the Treaty of Amity, and
• (f) failure to respect the right of such entities to acquire and dispose of property, and
• (g) application of restrictions to such entities on the making of payments and other transfers of funds to or from the USA, and (h) interference with the freedom of commerce, the USA has breached its obligations to Iran, inter alia, under Articles III (1), III (2), IV (1), IV (2), V (1), VII (1) and X (1) of the Treaty of Amity;

(c) That the USA shall ensure that no steps shall be taken based on the executive, legislative and judicial acts (as referred to above) at issue in this case which are, to the extent determined by the Court, inconsistent with the obligations of the USA to Iran under the Treaty of Amity;

(d) That Iran and Iranian State-owned companies are entitled to immunity from the jurisdiction of the US courts and in respect of enforcement proceedings in the USA, and that such immunity must be respected by the USA (including US courts), to the extent established as a matter of customary international law and required by the Treaty of Amity;

(e) That the USA (including the US courts) is obliged to respect the juridical status (including the separate legal personality), and to ensure freedom of access to the US courts, of all Iranian companies, including State-owned companies such as Bank Markazi, and that no steps based on the executive, legislative and judicial acts (as referred to above), which involve or imply the recognition or enforcement of such acts shall be taken against the assets or interests of Iran or any Iranian entity or national;

(f) That the USA is under an obligation to make full reparations to Iran for the violation of its international legal obligations in an amount to be determined by the Court at a subsequent stage of the proceedings. Iran reserves the right to introduce and present to the Court in due course a precise evaluation of the reparations owed by the USA; and

(g) Any other remedy the Court may deem appropriate.”

As the basis for the jurisdiction of the Court, the Applicant invokes Article XXI, paragraph 2, of the 1955 Treaty, to which both States are parties. This Article provides that: “Any dispute between the High Contracting Parties as to the interpretation or application of the present Treaty, not satisfactorily adjusted by diplomacy, shall be submitted to the International Court of Justice, unless the High Contracting Parties agree to settlement by some other pacific means.”

[1] In this regard, Iran refers, in particular, to section 1605A of the Foreign Sovereign Immunity Act, to the Terrorism Risk Insurance Act of 2002, to Executive Order 13599—Blocking Property of the Government of Iran and Iranian Financial Institutions, and to the Iran Threat Reduction and Syria Human Rights Act of 2012.

Source : “Iran vs US at the ICJ”, International Court of Justice , Voltaire Network, 15 June 2016, www.voltairenet.org/article192384.html

Source : “Iran vs US at the ICJ”, International Court of Justice , Voltaire Network, 15 June 2016, www.voltairenet.org/article192384.html