The Legacy of The “Democrat”

And so the double mandate of Barack Obama comes to an end: none of U.S. empire’s strategic objectives have been fulfilled yet the president wraps up by taking several mandatory and oppressive measures.
What will happen when an anti-imperialist succeeds him at the White House? 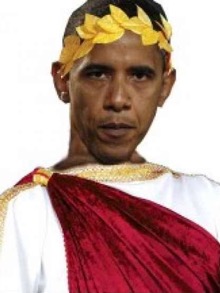 In the lead up to the transfer of power at the White House, 2017 kicks off with a terrorist massacre in Turkey, two weeks after the assassination of the Russian ambassador at Ankara, which took place the day before a meeting [was held] between Russia, Iran and Turkey at Moscow, for a political agreement on Syria. A meeting from which the United States was excluded. Resolved, in the final days of the Obama Administration to create the highest tension possible with Russia, which has even been accused of using “malicious” hackers and secret agents to subvert the outcome of the presidential elections which Hillary Clinton should have won. [Her victory] would have guaranteed the rolling-out of the neocon strategy, masterminded by Clinton during the Obama Administration.

This is laid to rest, stamping the failure of the core strategic objectives: Russia, cornered by the new cold war triggered by the putsch in Ukraine and by ensuing sanctions, struck Washington by surprise, intervening with the use of force to support Damascus. This prevented the Syrian state from being taken apart, the fate [allotted to] the state of Libya. It has allowed government forces to free up vast areas that Isis, Al Nusra and other terrorist movements that are functional to the US/Nato strategy, have controlled for years. Re-equipped with arms, paid with billions of dollars from Saudi Arabia and the other monarchies through a CIA international network (reported by the New York Times in March 2013), it made its way to Syria via Turkey, the Nato outpost in the region.

However now, faced with the clear failure of the operation, which has cost the lives of hundreds of thousands, Ankara shows its teeth, by commencing negotiations, with the aim of extracting the maximum advantage possible from it. To this end, it is patching up its relations with Moscow which had reached breaking point, and is [unpicking] the ties [it wove] with Washington.

A slap in the face for President Obama. Yet before passing the baton of command to the newly elected Trump, he fires the final cartridges.

Hidden in the folds of military expenditure for 2017, signed off by the President, is a law to “contain foreign misinformation and propaganda”, specifically targetting Russia and China. [This law] confers greater powers on the tentacled intelligence community, made up of 17 federal agencies. Thanks to an allocation of 19 billion dollars for “cybersecurity”, this may tune out any source of “fake news”, in the final judgement of a specific “Centre” assisted by analysts, journalists and “experts” recruited from abroad. Thus the Orwellian “Truth Ministry” that, Martin Schultz, the president of the European Parliament, forecasts that the EU should also institute, becomes a reality.

The special forces too emerge empowered by the Obama administration. They have extended their covert operations from 75 countries (2010) to 135 (2015).

As one of its final acts, on 15 December, the Obama Administration confirmed its support for Kiev, whose forces it arms and trains. This includes the Neo-nazi battalions, to fight the Russians of Ukraine.

And on 20 December, in an anti-Russian gesture, the Pentagon resolved supplying Poland with long distance cruise missiles with anti-bunker penetrating capacity, that can also be armed with nuclear heads.

From the Democrat, Barack Obama, the Nobel Prize Winner for Peace, his final message on the State of the Union will linger on for posterity:
“America is the strongest nation on the Earth. We spend more on our military than the next eight nations combined, and our troops are the finest fighting force in the history of the world”.