“Keep calm and aim well. You are going to kill a man!” with these words, Ernesto Guevara received his assassin, Sergeant Jaime Teran according to the criminal’s own testimony. It was in the little school of La Higuera, Vallegrande, Bolivia, at noon on 9 October 1967, that the soldier Jaime Teran, drunk and unable to look Che in the eye, fired a series of bullets at him that extended his agony until another criminal in military clothing finished him off. 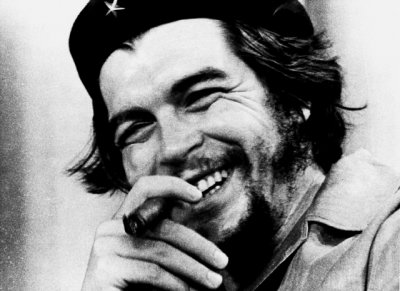 On this day, the survivors of the guerrilla force had already been assassinated: the Peruvian Juan Pablo Chang and the two Bolivians, Simeón Cubas and Aniceto Reinaga. It was these men that their much loved leader expressed his concern for, in the very last moments of his life. He asked Terán, his assassin to be, where they were. When Che discovered that they had died an honourable death, he said: “My, weren’t they brave!” This is according to the testimony mentioned.

Che’s fate of being encircled in the Valley of Yuro in Vallegrande, had much to do with his lofty sense of duty and altruism. This is because when Che and his men reached this area, pursued by the army and with various invalids preventing them from moving swiftly, he ordered the rest to continue on their way, while he decided to stay put, with a small group to detain the army which surrounded them. This sealed his fate. Well this is what Harry Villegas (Pombo) one of those who survived the ordeal says.

The Commander-in-Chief on speaking about the final moments of the life of his companion, so dear to him, expressed himself in the following words:

“the final hours of his life in the power of his loathsome enemies must have nauseated him; but no man could have been better prepared than Che to meet a similar trial”.

The Heroic Guerrilla’s death was conceived as a solution to put an end to his ideas, something that oppressive regimes have practised throughout History and which was also a method common to the White House. At this time, Walt Rostow, the National Security Adviser to the US President Lyndon Johnson, wrote that: “Che’s death marks the elimination of another one of the aggressive romantic revolutionaries” and that […] “in the context of Latin America, it will have a significant impact on discouraging guerrillas in the making”.

According to research that has been conducted, it was from the US ambassador Douglas Henderson that the Bolivian dictator, Rene Barrientos, received the order to execute Che Guevara and his companions. It was planned meticulously by the military hierarchy, for they feared that if they let the revolutionary leader live, he would swing the judgement of the court in his favour. Furthermore, his death would serve as a lesson to revolutionaries across the world.

The final order travelled from La Paz to Vallegrande. It took the form of a coded radio message to a CIA Agent of Cuban origin, Félix Rodríguez Mendigutía, entrusted to lead the action against the guerrilla in the Bolivian theatre of operations. It would also be Felix who would organize the murders of La Higuera.

Félix Rodríguez, who currently lives protected by the US government in Miami as a notorious member of the American-Cuban mafia, boasted about his participation in these events and confessed to the Spanish magazine Cambio 16, issue 18 December 1998:

“I went out and commanded Teran to execute the order. I told him to shoot him below the neck, since it had to appear that he had died in battle.”

To perfect the impossible task of eliminating the cause for which Che was fighting by killing him off, and also to assuage the fear that his tomb would then be transformed into a shrine to worship him, his lifeless body was buried together with those of his companions in a secret place and highly conflicting versions are related. One of these is that his remains had been incinerated and his ashes scattered to the wind.

At the time the Cuban people came to know the sad news, the poet Nicolás Guillen wrote in his honour, his anthological poem Che Comandante, in which he raised the hope that one day his sacred remains would be the object of a revolutionary cult.
“and so that they do not burn you,
so that they do not conceal you under the earth,
so that they do not hide you, in cemeteries, woods,
let us rise!
they are not going to prevent us finding you,
Che, our Commander and our friend.”

When his remains and those of some of his comrades were found, they were brought to Cuba in 1997. After burying them, Fidel Castro the Commander-In-Chief defined how Che’s murderers had failed to bury his tracks and historical legacy.

“Those interested in eliminating him and making him disappear were not capable of understanding that the imprint he had made could never be wiped away. For it was already woven into History’s tapestry and his shining vision, like that of a prophet, would convert him into an icon for poor people, all of them, wherever they may be on this earth and there are thousands of millions of them. Young, children, men and women that knew of him, honest people all over the earth, regardless of their social origin, admire him.”

Fifty years after his death, Che continues to radiate the light of dawn.