It was the night of 3 October 1965, in Havana, in what was then called the Chaplin Theatre (now known as the Carlos Marx Theatre): the very first Central Committee of the Communist Party was established and it established its official media, the newspaper, the Granma, the culmination of a defining stage in consolidating the Revolution. 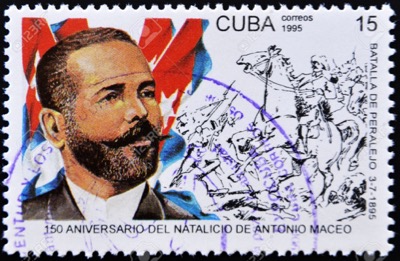 In the first six years after the triumph, the Cuban process destroyed US Imperialism’s direct military attacks when US mercenaries invaded the Bay of Pigs. It also resisted an economic war and destroyed terrorist gangs that were working alongside CIA networks, both in the countryside and the city.

It was only thanks to the strategic thinking of the Revolution’s Leader, Fidel Castro, that these battles were able to result in liberation. For Castro, as well as providing the leadership for these victories, unified and melded together the revolutionary forces that had destroyed the dictatorship. Such unity would be essential to affront and resist the terrible dangers that right from the beginning would lie, waiting to snare the Cuban Socialist process, preventing it from moving forward.

The idea of revolutionary unity that dominated the whole life of the Commander-in-Chief is rooted in the thinking of José Martí. Martí knew how to overcome the internal divisions that existed in his time among Cuban patriots and establish the Cuban Revolutionary Party (Partido Revolucionario Cubano) which made “The Necessary War of 1895” possible.

Yet at the same time, Fidel had carefully studied the failure of this project which occurred after two men fell in combat: first José Martí and then Antonio Maceo. It was these circumstances that opened the doors to a US intervention in 1898 and to the US policy of dividing the rebel forces and winding up its institutions so that a new colony could be established in 1902.

This is why, right from the beginning when he was preparing to attack the Moncada Barracks and Carlos Manuel de Céspedes, in Santiago de Cuba and Bayamo in 1953, the highest leader rebranded himself into an “embroider of unity” and he attributes his tapestry to being “(…) a work of the people”, as he explained in 2005, at a meeting celebrating the 50th anniversary of the establishment of M-26-7,.

Even if the revolutionary leader did not just devote himself to implementing this policy, “for years he tacked together lovingly, clearly and tightly, the fabric, unifying the Cuban people. Time and time again, it gave him the strength to head to the vanguard, armed with his powerful and legendary example, an honesty that could never be blunted and the ability to make immense sacrifice”. So expressed his biographer Katiuska Blanco.

These principles guaranteed forever the sensitive process, one not free of difficulties, of integrating the essential revolutionary forces struggling against the dictatorship: the 26 July Movement, the People’s Socialist Party (Partido Socialista Popular) and the Revolutionary Directororate 13 March (Directorio Revolucionario 13 de marzo). Much later, these forces became in the Integrated Revolutionary Organizations (IRO): the forces of the Partido Unido in 1961, the Revolución Socialista de Cuba (PURSC) 1963 and finally, the forces establishing the Cuban Communist Party (CCP) on 3 October 1965.

On this day, Fidel, sure of the moment that he was facing, said: “… and given that the name of our Party must express not what we were yesterday but what we are today and what we will be tomorrow..”, he asked the plenary: “ In your opinion, what name should be given to our Party?”. Those present shouted out from all corners of the auditorium: Communist!”.

However another fact would make its mark on history, that evening of October 3rd 1965. For that was the night when the Commander-in-Chief read out the historical farewell letter that Ernesto Che Guevara had written to him, stating that he had resigned from all his duties and his position as Commander, to go to fight in other lands in the world.

In the auditorium you could hear a pin drop; and if you listened very carefully, you could make out those barely perceptible quivers in Fidel’s voice as he read out this part of Che’s letter:
“ if my final hour comes under other skies, my very last thought will be dedicated to this people and especially to you. Let me thank you for all you’ve taught me and for your example and let me try to be forever faithful, to the final consequences of my acts. (…)”

So this is how the Cuban Communist Party was born, 52 years ago. It inherited and continued more than a century of revolutionary traditions, undertaken with unwavering commitment following the principles of proletariat internationalism.