Christopher Bollyn: “The first scientific study about the destruction of the World Trade Center is about to be published.” 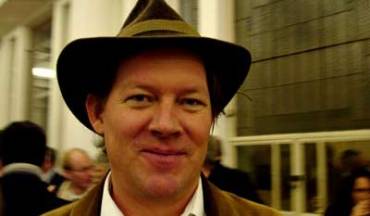 US journalist for American Free Press, Christopher Bollyn announced during the Axis for Peace international conference, organized by Voltaire Network on November 17-18, 2005, in Brussels, the upcoming publication in a scientific peer review magazine of a study about the collapse of towers 1, 2 and 7 of the World Trade Center in New York on September 11, 2001. Until now, the people has had no other version than that of the Bush administration and its allied media that say that the collapse was caused by the combustion of kerosene in the buildings. However, the article, written by Steven Earl Jones, a Physics Professor at the BYU university (Provo, Utah), entitled Why indeed did the WTC collapse?, and which will soon be reviewed, shows the presence of molten metal in the ruins, more than three days after the attacks – something that proves the use of a thermite kind of explosive and which would explain the testimonies of people seriously burnt in the basement of the towers before the impact of the planes.

Source : “Christopher Bollyn: “The first scientific study about the destruction of the World Trade Center is about to be published.””, Voltaire Network, 24 November 2005, www.voltairenet.org/article131471.html

Source : “Christopher Bollyn: “The first scientific study about the destruction of the World Trade Center is about to be published.””, Voltaire Network, 24 November 2005, www.voltairenet.org/article131471.html