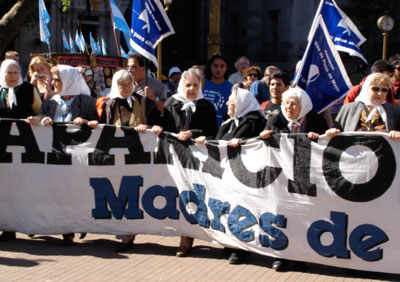 March 24, 2009 marked the 33rd anniversary of the military coup which will be remembered as one of the darkest days in Argentina’s history.

On that day, a military junta overthrew a democratically elected government. Over the next 8 years, up to 30,000 ‘dissidents’ were disappeared.

In what was officially labelled the National Reorganization Process, the dictatorship systematically terrorized its citizenry on ideological grounds. The government closed congress, banned political parties, abolished freedom of speech and freedom of press.

In what was claimed to be a war against terrorist and communist groups, the military government persecuted, tortured, and killed citizens who opposed or questioned the dictatorship, expressed leftist views, or simply appeared in the address books of people considered subversive.

According to the National Commission on the Disappearance of Persons (CONADEP): among the victims still missing and those who were subsequently released from secret detention centres are people from all walks of life: 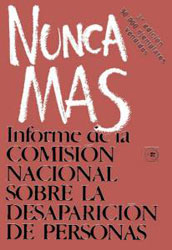 CONADEP, established by the democratic government which followed the dictatorship, produced a harrowing document entitled Nunca Más. The torture testimonies are deeply disturbing, yet vital to understanding what truly happened during this so-called ‘reorganization process’. These testimonies are essential for constructing a collective memory that forces the country to learn from its past and help build a different future.

In Washington, the National Security Archive declassified several key U.S. government documents providing evidence that Secretary of State Henry Kissinger had given strong support early on to the military junta.

KISSINGER TO THE ARGENTINE GENERALS IN 1976:

"IF THERE ARE THINGS THAT HAVE TO BE DONE, YOU SHOULD DO THEM QUICKLY"