Iraq to sue US, Britain over depleted uranium bombs 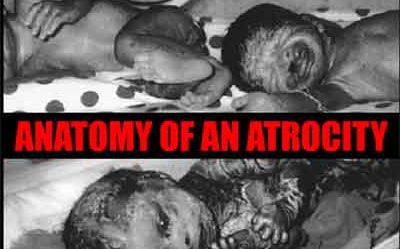 Iraq’s Ministry for Human Rights will file a lawsuit against Britain and the US over their use of depleted uranium bombs in Iraq, based on reports from the Iraqi ministries of science and the environment.

According to the reports, during the first year of the US and British invasion of Iraq, both countries had repeatedly used bombs containing depleted uranium.

According to Iraqi military experts, the US and Britain bombed the country with nearly 2,000 tons of depleted uranium bombs during the early years of the Iraq war.

Atomic radiation has increased the number of babies born with defects in the southern provinces of Iraq. In addition, Iraqi doctors have been struggling to cope with the dramatic rise in the number of cancer cases —especially in cities subjected to heavy U-S and British bombardment.

The high rate of birth defects and cancer cases will move in the coming years to the central and northern provinces of Iraq since the radiation may penetrate the soil and water by air.

The ministry will seek compensation for the victims of these bombs.