A letter to the editor by Martin Seligman

Following the publication of Thierry Meyssan’s investigation titled « The secret behind Guantánamo », we received the following clarification from Professor Martin Seligman, denounced in the article for his role in Guantánamo. 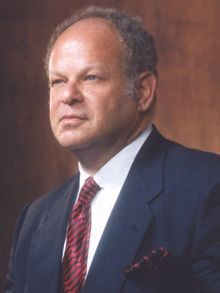 Thierry Meyssan (20 May 2010) makes a series of utterly false allegations about me and about my role in the torture of prisoners.

Here is what he wrote:

1) That I “supervised the torture experiments on Guantanamo prisoners.”

2) The Navy formed a high-powered medical team. In particular, it invited Professor Seligman to Guantánamo. …. It was he who oversaw the experiments on human guinea pigs.

This is wholly false and completely baseless.

Here is what the sum total of what I know about the torture controversy and what my role was:

I gave a three hour lecture sponsored by the Joint Personnel Recovery Agency at the San Diego Naval Base in mid-May 2002. I was invited to speak about how American troops and American personnel could use what is known about learned helplessness to resist torture and evade successful interrogation by their captors. This is what I spoke about.

I was told then that since I was (and am) a civilian with no security clearance that they could not detail American methods of interrogation with me. I was also told then that their methods did not use "violence" or "brutality." James Mitchell, whom the press has accused of being behind the torture program at Guantanamo and elsewhere, was in the audience of between 50 and 100 others at my speech.

I have never “supervised” them or anyone else associated with the alleged torture programs. I was never invited to Guantanamo by anyone.

I have not had contact with JPRA or SERE since that meeting in May 2002. I have never worked under government contract (or any other contract) on any aspect of torture, nor would I be willing to do work on torture.

I am grieved and horrified that good science, which has helped so many people overcome learned helplessness and depression, has been used for such inhumane purposes.

Most importantly, I never did and never would provide any assistance in torture. I strongly disapprove of it.

The article in question recounts the torture experiments conducted by the Guantánamo medical teams not to extort confessions, but to inculcate them into the detainees. It is founded on the abundant literature existing on the subject as well as on witness accounts.

I reported on Professor Seligman’s role on the strength of a testimony provided by a witness speaking on condition of anonymity. I apologise to Martin Seligman for having divulged an accusation which I am not in a position to prove. Moreover, I take note of his strong condemnation of the application to human beings of the principles he brought to light by torturing dogs.

I further take note of his relativisation of the suffering inflicted on others when he asserts never having practiced or participated in torture, in spite of the fact that, in the 70s, he had recommended and practiced electric shock treatments on homosexual teenagers to force them to alter their behaviour.

This said, his response shows an intent of dissimulation.

He omits to say that he was invited and remunerated by the CIA in relation to the above-mentioned conference.

He contradicts himself when he states having given, but not administered, a course on torture resistance techniques, while asserting that he could not have spoken to his listeners about the interrogation methods applied since he was not authorised to do so.

In fact, he feigns naiveté in affirming to have accepted the allegations of his hosts that they conducted interrogations without employing violence or brutality, when already in January 2002 the UN High Commissioner for Human Rights had denounced the United States for resorting to torture methods.

He is inelegant when he makes excuses by pointing his finger at a third party, in this case James Mitchell.

He is ridiculous when, as former President of the American Psychological Association, he makes reference to « good » science, claiming to be horrified to discover that human knowledge can be applied for inhuman purposes.

Finally, he is despicable when he alludes to « alleged torture programs » as if the existence of the facts that he purports to condemn still remained to be proven, just at the time when Physicians for Human Rights has released a stinging report titled Experiments in Torture.

As for Professor Seligman himself, his role still remains to be clarified.

Professor of Psychology (University of Pennsylvania). Former President of the American Psychological Association.