The Cycle of Lies

When they want to condemn a suspect, the Western powers accuse him of all sorts of crimes until they’re ready to pronounce sentence. Truth and Justice have no say in the matter, the only thing that counts is their power. Let’s take another look at the accusation of the use of chemical weapons in Syria. Thierry Meyssan reminds us that although that particular case is only a few years old, the principle of claiming that Syria is guilty has been established for more than two thousand years. 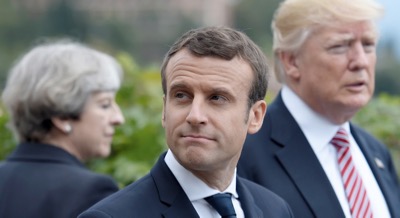 The Western powers claim that a “civil war” began in Syria in 2011. However, the US Congress adopted, and then President George W. Bush signed, a declaration of war against Syria and Lebanon, in 2003, the Syria Accountability and Lebanese Sovereignty Restoration Act [1].

After the vain attempt in 2004 by Secretary of State Colin Powell to transform the Arab League into a regional tribunal (the Tunis summit), Western aggression began with the assassination of Lebanese ex-Prime Minister Rafic Hariri, in 2005.

The US ambassador in Beïrut at that time, Jeffrey Feltman – who probably organised this crime himself – immediately accused Presidents Bachar el-Assad and Emile Lahoud. An enquiry mission was hastily dispatched by the UNO, and then a pseudo-International Tribunal was set up by the Executives of the UNO and Lebanon, without ratification either by the General Assembly of the United Nations or by the Lebanese Parliament. From its very creation, it was able to proffer witness statements and convincing evidence. The two Presidents were outlawed from the international community while awaiting their imminent conviction, a number of generals were arrested by the UNO and imprisoned for years without even having been found guilty. And yet false witnesses were unmasked, the evidence lost its pertinence, and the accusation collapsed. The generals were freed with apologies. Bachar el-Assad and Emile Lahoud once more became respectable personalities.

13 years later, Jeffrey Feltman is the number 2 of the United Nations, and the business at hand is the alleged chemical attack on the Ghouta. Here too, we are shown witness testimonies (the White Helmets) and supposedly convincing evidence (photos and videos). The main suspect is, as usual, President el-Assad. The accusation had been carefully prepared by various rumours since 2013. Without waiting for verification of the facts by the OPCW, the Western powers assumed the role of judge and hangman, blamed Syria, and bombed it.

Except for the fact that, this time, Russia has once again become a super-power, equal to the United States. So it was Russia that demanded the respect of international procedures and a visit by the OPCW to Damascus. It was also Russia that took to the Hague 17 eye-witnesses of the pseudo-chemical attack to attest to the manipulation by the White Helmets.

And how did the 17 nations of the Western Alliance who were present react? They refused to hear the witnesses and refused to confront them with the White Helmets. They published a brief communiqué denouncing the Russian “show.” [2]. Forgetting that they had already condemned and punished Syria, they stressed that this hearing encroached on the responsibility of the ongoing OPCW enquiry. They pointed out that the Director of the World Health Organisation had already confirmed the chemical attack, and that it would be rude to question his judgement. And of course, they called on Russia to respect the International Law of which they are in constant violation.

It so happens that the declaration by the WHO is in contravention of its prerogatives, that it is not expressed in the affirmative, but in the conditional, and that it is not based on reports by its employees, but on the sole declarations of the partner NGO’s which report these accusations… the White Helmets [3].

The West has been chanting « Cathargo est delenda! » (Carthage must be destroyed!) [4] for two thousand years, without anyone knowing what this Syrian counter of Tunisia was being blamed for. In the West, this sinister slogan has become a reflex.

Everywhere, popular wisdom has declared that « Might is Right ». This is the moral of the fables of the Panchatantra Indians, of the Greek Aesop, of the Frenchman Jean de La Fontaine and the Russian Ivan Krylov, but it was perhaps born of the antique Syrian sage Ahiqar.

Perhaps, since the farce of their failed bombing raid of 14 April, the Western powers are only « the best » in matters of falsehood.

[4] Cathargo est delenda ! is a slogan popularised by Cato the Elder. The senator proclaimed it at the end of each of his speeches. The only crime that Carthage seems to have committed was being richer than Rome.