Elections alone do not make for democracy

Seen from the West, three democratic elections have just been held in Tunisia, Lebanon and Iraq. But for the People of these nations, the votes had little to do with the democratic ideal, because the institutions that were imposed upon them by the West were designed to prevent them from having a free choice of their leaders. 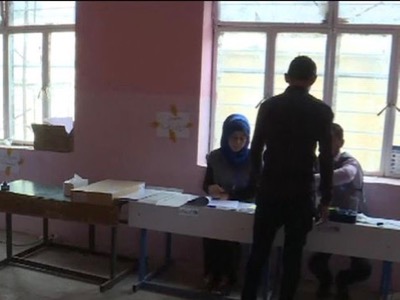 The massive abstention during the Lebanese and Iraqi general elections (50 % Lebanon), (65 % Iraq), and the Tunisian municipal elections (77 %) was interpreted by the Western powers as proof of the immaturity of these populations. No matter whether or not they have been democracies for 7 or 75 years, they are irresponsible and must therefore be placed under supervision.

Forgetting the fact that in the West also, certain national consultations have been marked by similar rates of abstention, the Western powers explain the elections in Tunisia, Lebanon and Iraq as having been troubled by the poor economic results of their governments. As if the Arabs had not understood that they were able to deliberate on projects and choose their own future, but imagined that they were obliged to approve the performances of their past governments.

Anxious to restore a mandate in the Levant, the Western powers had interpreted the liberation of Saad Hariri from his Saudi jail as the victory of Emmanuel Macron The Magnificent. They had not mentioned either the humiliation of the French President inflicted by the Saudi Crown Prince at the airport in Riyadh, nor the efficiency of the work by President Michel Aoun at the United Nations. In their eyes, the Lebanese people were incapable of taking care of themselves. They could only obtain results if they were supervised by the West.

The Western medias speak about the unbelievable Lebanese institutions by describing them as « complicated », but without explaining that the communitarian system had been specifically designed by the ex-colonial power so that nothing would ever change. France is secular at home, but absolutely not in its ex-colonies. and the re-arrangements of the electoral laws, with the introduction of the proportional vote within the communities, not only maintain the colonial web, but also render it all the more complex.

Yes, it is ridiculous to see Tunisia elect its municipal advisors for the first time, Lebanon elect, after nine years, the same hereditary deputies, and Iraq divided into 37 political parties. But it is precisely because it is ridiculous that many voters refused to play such a humiliating game.

The Tunisians, who witnessed Ennahdha and Nidaâ Tounes found an alliance after having fought one another, had every reason to anticipate that the two major parties would be able to agree to share local positions as they had done with the national posts. The Lebanese, who know that they have no other choice than a « war-lord » for their community and his vassals to defend it against other communities, also rejected this imprisonment. The Iraqis, whose elected Prime Minister had been overthrown four years ago by foreign powers, know that their vote will not be taken into account if they should move against the desiderata of the self-proclaimed « international community ».

Make no mistake about it, the Western powers implicitly applaud these abstentions, because they find in them the justification of their aggressions in the « Greater Middle East » over the last 17 years. Any expression of an organised will of the People is for them a nightmare, since their sole objective is to overthrow the states and destroy the societies in order to dominate them more efficiently.

Thus, when the Syrians, then embroiled in a war, invaded the voting centres to elect their President, the Western powers were petrified. They were obliged to postpone their plan for the overthrow of the Syrian Arab Republic.

The Arabs, just like all other people, want to determine their own destiny.