Allies of yesterday, enemies of today: it is the countries that have invested in Brazil and pushed its industry to exploit its wealth without safeguards who now denounce the ravages of this economic model. 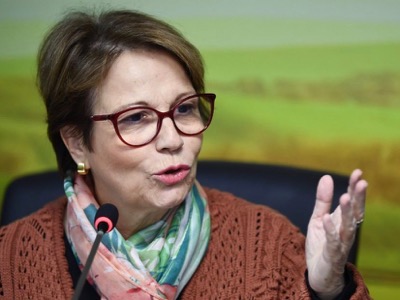 At the head of the "ruralist" lobby, that is to say agribusiness companies, Tereza Cristina Correa da Costa Dias played a big role in the election of President Jair Bolsonaro who made her his minister of Agriculture.

Faced with the spread of fires in the Amazon, the G7 Summit changed its agenda to "face the emergency."

The seven - France, Germany, the United Kingdom, Italy, Japan, Canada and the United States - played the role of global firefighters with the European Union. President Macron, wearing a firefighter’s uniform, sounded the alarm: "our house is in flames". President Trump pledged the biggest US commitment to the work of extinction.

Media spotlights focus on fires in Brazil, leaving everything else in the dark. Above all, the destruction does not only affect the Amazon rainforest (two-thirds Brazilian), reduced in 2010-2015 by almost 10,000 km2 per year, but also the tropical forests of Equatorial Africa and South-East Asia . Tropical forests have lost, on average each year, an area equivalent to that totaling Piedmont, Lombardy and Veneto. Although with different conditions from one zone to another, the fundamental cause is the same: the intensive and destructive exploitation of natural resources to obtain the greatest profit.

In Amazonia trees are cut down to make precious wood for export. These very fragile lands, once degraded, are abandoned and new areas deforested. The same destructive method is adopted to exploit the Amazonian deposits of gold, diamond, bauxite, zinc, manganese, iron, oil and carbon, causing serious environmental damage. The construction of immense hydroelectric basins, intended to provide energy for industrial activities, also contributes to the destruction of the Amazon rainforest.

The intensive and destructive exploitation of the Amazon is practiced by Brazilian companies, fundamentally controlled through shareholdings, financial mechanisms and commercial networks - by the largest multinational and financial groups of the G7 and other countries.

For example, JBS, which has 35 meat production sites in Brazil, where 80,000 cattle are slaughtered per day, has large headquarters in the US, Canada and Australia, and is mainly controlled through debt quotas by financial credit groups.: JP Morgan (USA), Barclays (GB) and the financial groups of Volkswagen and Daimler (Germany). Marfrig, ranked second after JBS, is 93% owned by US, French, Italian and other European and North American investors.

Norway, which today threatens Brazil with economic retaliation for the destruction of the Amazon, is causing serious environmental and health damage in the Amazon with its own multinational group (half owned by the state) which exploits the bauxite deposits for aluminum production, so that it has been placed under investigation in Brazil.

The governments of the G7 and others, who today formally criticize Brazilian President Jair Bolsonaro to make a show of conscience in reaction to public opinion, are the same ones who favored his ascension to power so that their multi-nationals and their financial groups might have even more free hands in the exploitation of the Amazon.

Indigenous communities, in whose territories illegal activities of deforestation are concentrated, are mainly attacked. All this is happening under the eyes of Tereza Cristina, Bolsonaro’s Minister of Agriculture, whose family of latifundaries has a long history of fraudulent and violent occupation of the lands of indigenous communities.

Soros and the CIA Now Banking on Neves to Defeat Rousseff