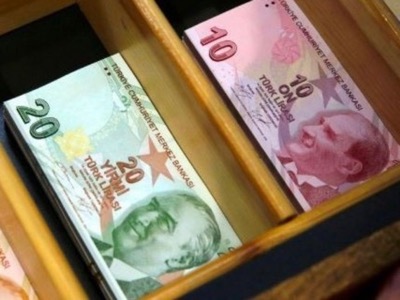 On instructions from my Government, and further to our previous letters, the most recent of which was issued as document S/2020/7, regarding the Turkish regime’s ongoing violations and attacks against the sovereignty and territorial integrity the Syrian Arab Republic, its unceasing violation of the principles of international law and the Charter of the United Nations, and its open support for terrorism, which poses a threat to regional and international peace and security, I should like to convey to you the following alarming and documented information.

Since 9 December 2019, armed terrorist groups supported by the ruling regime of Turkey have been circulating 5, 10 and 20 Turkish lira banknotes in areas of rural Aleppo under their control, including the Bab area and the villages surrounding it. That illegal operation is being carried out through exchange bureaux owned and operated by individuals who are members of or are affiliated with the armed terrorist groups. The terrorists’ leaders have ordered civilians living in those areas to stop using Syrian currency and have given them a one-month grace period to stop using the Syrian pound for sale and purchase transactions. Moreover, they have threatened to destroy all Syrian currency at the end of the grace period. The so-called local council of the Akhtarin area, which is controlled by armed terrorist groups, has issued similar instructions.

Documented information confirms that the armed terrorist groups supported and financed by the ruling regime in Turkey have begun to pay the salaries of their mercenary members in Turkish liras as a preliminary step towards ending the use of the Syrian pound. The owners of shops, in particular those that are owned by terrorists from eastern Ghutah and Idlib, have stopped accepting Syrian pounds, in particular 2,000-pound banknotes, and are refusing to sell food and consumer goods to civilians unless they pay with Turkish liras.

On 16 December 2019, the so-called local council of the town of Qabbasin, a body that is affiliated with the armed terrorist groups, began imposing the same measures and forcing residents to use the Turkish lira. Implementation of those illegal measures is being overseen by the “Qarah Ji” Turkmen association.

The Government of the Syrian Arab Republic calls upon the Security Council to fulfil its responsibility to maintain international peace and security, including by ending completely the illegal presence of Turkish armed forces in Syrian territory and halting the actions of the hostile, terrorist Turkish regime in Syrian territory that are aimed at entrenching its occupation and imposing demographic and social changes on the ground. Those actions demonstrate that the regime in Ankara harbours a hostile and expansionist agenda with respect to the Syrian Arab Republic.