The Brookings Institution: a Think Tank of Good Feelings

The Brookings Institution is generally presented as Democrats’ main think tank (a usually political center of research, propaganda and spreading of ideas), though it is mainly a representative entity of moderate elites which favors a limited economic regulation opposed to the American Enterprise Institute’s libertarian patters. Today, it is very active in foreign policy and, as well as neoconservatives, it suggests the use of force but for humanitarian reasons and as a duty and not based on a democratic evangelism or a biased enthusiasm. Half of its researchers were former members of the National Security Council or the White House. 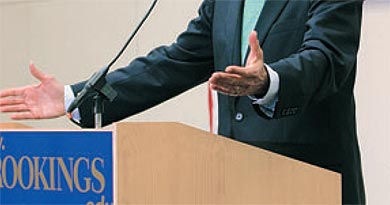 Just before U.S.’s entry into WWI in 1916, businessman Robert S. Brookings and his friends financed the creation of an institute of governmental research that would be called Brookings Institution. Since they were convinced that good management is not based on political decisions but on the quality of its technical capacity, they identified a group of six researchers, including a professor of Political Sciences of Princeton University, to work with the President of John Hopkins University.

During the war, the institute worked for the National Defense Council and once it ended, it analyzed the budgetary consolidation of the country. In the 30s it advised candidate Franklin D. Roosevelt though its New Deal project was criticized. During WWII, the Brookings Institution worked on prices control and war economy. Later, in 1946, it focused on rebuilding Europe and made all necessary economic assets for the Marshal Plan as a complement of the Council on Foreign Relations (CFR) political studies [1].

In the 50s and 60s, the Brookings Institution increased its financial sources and signed major research contracts with the federal state, always to study economic issues. Its position is recognized as a center-right institution and progressively identified with the Democratic Party although many of its members were and still are republicans. Consequently, its funds and influence depended on the White House. It was powerful during Kennedy and Johnson but Nixon’s administration did not renew its contracts. Nevertheless, it flourished again under Carter’s though languished during Reagan’s to reemerge again during Clinton’s. 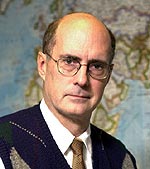 In 2002, Strobe Talbott became the sixth president of the Institute whereas John L. Thornton was the head of its Administration Council, among which Teresa Heinz was included. Talbott was Time Magazine’s former director of foreign services, Under Secretary of State, and a man Bill Clinton, his old roommate at the university, trusts in. As a member of the troika [2] that was supposed to negotiate with Yugoslavia the prevention of the war in 1999 he became internationally renowned. On the other hand, Thornton, professor of economics, is the President of Goldman Sachs. Teresa Heinz is Senator John Kerry’s wife [3]. It seems that all members of the Administration Council were approved by the Council on Foreign.

In 1998 and with the purpose of reaching a consensus, Brookings Institution -considered as a Center Right entity - came to an agreement with the extreme right wing American Enterprise Institute (AEI) [4] to set up a joint program for studying the federal rules on economic regulation. Its analyses were reviewed by the Council of Economic Advisers of the White House.

Brookings Institution has also studied international matters and they are currently a third of its researches. It has three main working groups: The Center for the Study of Northern Asia Polices: it monitors Japan and Korea but it is mainly focused on the simultaneous relations of America with China and Taiwan. It is directed by Richard C. Bush III, former director of the North American Institute of Taiwan, and supervised by J. Stapleton Roy, former American ambassador to China and Henry Kissinger’s business partner. Among its researchers, Michael O’Hanlon has become a figure in television studies and Congress hearings, extremely loquacious on North Korean nuclear danger.

The Center for the Study of U.S. and Europe: Previously the Center for U.S. and France, it was extended to study Turkey, Russia and Italy. It is directed by Philip H. Gordon and mainly financed by the federal State, through the German Marshall Fund of the United States, and industrial Daimler-Chrysler. 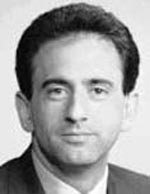 This Center is linked to an equally called program directed by Guillaume Parmentier at the French Institute of International Relations (IFRI) which is completely bipartisan though neoconservatives have their own niche. 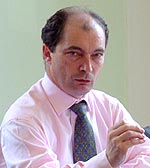 The Saban Center for Middle East Policy: Its analyses are made from American and Zionist perspectives. It is directed by Martin S. Indyk, former American ambassador to Tel Aviv and co-founder of WINEP, a think tank of Likud. It was name after his sponsor, Jewish millionaire Haim Saban, co-owner of Fox TV, and was inaugurated by Abd Allah, King of Jordan. 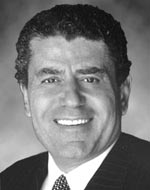 One of Brookings Institution’s employees is Kenneth M. Pollack, author of a reference book on the Iraqi war which was written before the hostilities. According to it, certain conditions should have been met before launching the attack. Even though it could have been used by war opponents, the author has become a justifying-the-war-intellectual.

Other researchers have programs of their own, like Susan Rice, for instance, former assistant to Madeleine Albright, who is working on the threat weak states constitute to American security. Another example is Nigel Purvis, who along with the Pew Center, is working on the possibilities of using U.S aid and cooperation to the Third World to pressure them to make concessions on ecological matters.

Such activities are very impressive for their quantity and the quality of its experts. However, Red Voltaire has noticed that these intellectuals have something in common though they never say it: even when economics and not international politics is their main focus, more than half of Brookings Institution currently 142 researchers seem to have worked for the National Security Council or the White House. The fact that its Council of Administration, composed of multinational patterns, favors companies such as AT&T or Chiquita (former United Fruit) which key role in the National Security Council secret operations is well documented, is quite remarkable.

Group of 28 major US think tanks funded by 64 governments