Jhannett Madriz: “We were able to neutralize the attacked planned by the United States against our government” 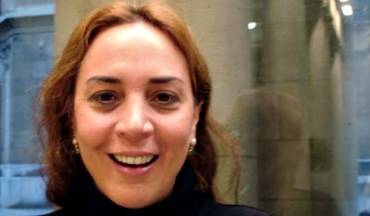 “The destabilization methods used by the U.S. to topple democratic governments are the same ones in all countries”, said Venezuelan lawmaker Jhannett Madriz during the Axis for Peace conference. “In Venezuela, the US government played its role in a coup against President Hugo Chavez. And without reaching the limits of visible violence, the US government also finances opposition groups and big media outlets to a large extent.” The vice-president of the Andean Parliament offered solutions to neutralize interference methods. The United States interfere with the electoral process in order to topple democratic governments: on the one hand, US organizations, which come as observers, declare the existence of fraud and on the other hand, civil society groups, financed by Washington take to the streets claiming the power for their candidate. “In 2004, during the recall referendum, I organized the visit by independent international observers who would certify the adequate development of the voting process. Thanks to that action, the Carter Center and the Organization of American States were not able to say that any fraud had been committed. That way we were able to neutralize the attack that the United States had prepared against our government.”

Source : “Jhannett Madriz: “We were able to neutralize the attacked planned by the United States against our government””, Voltaire Network, 24 November 2005, www.voltairenet.org/article131484.html

Source : “Jhannett Madriz: “We were able to neutralize the attacked planned by the United States against our government””, Voltaire Network, 24 November 2005, www.voltairenet.org/article131484.html