Libya: When historical memory is erased

Should one wonder about the proliferation of pre-1969 coup flags waving in Libya? No one seems to be in control of the Libyan revolution, yet everyone is trying to profit from it. The massive presence of the old Libyan monarchy flag may portend a possible Anglo-American intervention. 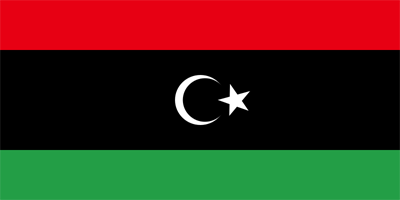 Benghazi captured, the rebels have lowered the green flag of the Republic of Libya, hoisting in its place the red, black and green banner with crescent and star: the flag of the monarchy of King Idris. The same flag was hoisted by protesters (including those of the Partito democratico and the Rifondazione comunista) on the gate of the Libyan embassy in Rome, raising the cry: "Here’s the flag of democratic Libya, that of King Idris". It was a symbolic act, rich in history and burning current events.

The Emir of Cyrenaica

Already the emir of Cyrenaica and Tripoli, Sidi Muhammad Idris al-Mahdi al-Senussi was put on the throne of Libya by the British when the country gained independence in 1951. It had been an Italian colony since 1911. Libya became a federal monarchy, in which King Idris was head of state, with the right to pass it on to his heirs. It was always the king who would appoint the prime minister, the Council of Ministers and half the members of the Senate, which had the right to dissolve the House of Representatives.

A young Benghazian carrying King Idris’s photo during the 2011 revolution.

According to a twenty-year treaty of "friendship and alliance" with Britain, in 1953, King Idris granted to the British, in exchange for financial and military assistance, the use of air, naval and land bases in Cyrenaica and Tripolitania. A similar agreement was concluded in 1954 with the United States, which obtained the use of the Wheelus Air Base just outside Tripoli. It became the main U.S. air base in the Mediterranean. In addition, the United States and Britain were able to use firing ranges in Libya for their military aviation. With Italy, King Idris in 1956 concluded an agreement which not only wiped Italy clear of all damages to Libya, but allowed the Italian community in Tripoli to maintain its assets practically intact.

Libya became even more important for the U.S. and Britain when, in the late 1950s, the U.S.-based company Esso (ExxonMobil) confirmed the existence of large oil fields and others were discovered soon after. The major companies, such as the U.S.’s Esso and Britain’s British Petroleum, got advantageous concessions that ensured their control and the bulk of the profit from Libya’s oil. The Italian company Eni also obtained two concessions, through Agip. To better control the deposits, the government’s federal form was abolished in 1963, eliminating the historical regions of Cyrenaica, Tripolitania and Fezzan.

The protests of Libyan nationalists, who accused King Idris of selling out the country, were stifled by police repression. The rebellion grew, however, especially in the armed forces. It resulted in a coup - whose chief architect was Captain Muammar Gaddafi - carried out without bloodshed in 1969 by just 50 officers, calling themselves "Free Officers" on the Nasser model.

The monarchy abolished, the Libyan Arab Republic in 1970 forced the U.S. and British forces to evacuate their military bases and, the following year, nationalized the properties held by British Petroleum and forced other companies to pay the Libyan state a much higher share of the profits.

The flag of King Idris, which is flying again now in the civil war in Libya, is the banner of those who, by manipulating the struggle of those genuinely fighting for democracy against the regime of Gaddafi, plan to bring Libya back under control of the powers that once dominated it. Those forces, headed by the United States, are preparing to land in Libya under the cover of "peacekeeping." Meanwhile, in concert with the Pentagon, the Italian Defense Minister Ignacio La Russa announced that from Sigonella military base [Sicily] military airplanes will fly directly to Libya for "purely humanitarian purposes." The same “humanitarian intervention” that the pacifists and those who waved the flag of King Idris are demanding in an “urgent appeal,” but they forget history. They should remember that a century ago, in 1911, the Italian occupation of Libya, prepared by incessant propaganda, was supported by majority public opinion, while in the cabarets they sang, "Tripoli, sing land of love come sweetly where the syrup runs." Times change and language, but the rhyme remains, “to the roar of guns.”