Obama prefers to keep it hidden

The United States can no longer afford to launch major wars like Korea, Vietnam or Iraq. Obama prefers to intensify secret military action. Manlio Dinucci lays out the plan. 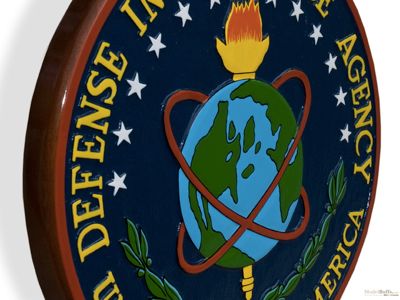 President Obama does not like war. Not because he is a Nobel Peace prize-winner, but because open aggressive action would reveal US strategy and the interests upon which it is based. So he has launched a grand plan which, as the Washinton Post notes, "reflects the Obama administration’s affinity for espionage and covert action over conventional force."

This plan is intended to restructure and reinforce the Defense Intelligence Agency, which until now has been concentrated on the wars in Afghanistan and Iraq, so that it can operate on a global scale as a "spy service focused on emerging threats and more closely aligned with the CIA and elite military commando units."

The first step will be to expand the organigram of the DIA, whose personnel has been doubled over the last decade, and now numbers some 16,500 members. A "new generation of clandestine operatives" will be formed, ready to be sent overseas. They will be trained by the CIA in its centre in Virginia, known as "The Farm", where secret agents are groomed – a number of new posts will be created for the DIA pupils, totalling about 20% of the Farm’s turnover.

The ever closer collaboration between these two agencies is born out by the fact that the DIA has adopted a few of the CIA’s internal structures, amongst others, a unit dubbed "Persia House", which co-ordinates secret operations inside Iran.

The new DIA agents will also take a specialisation course directed by the Commander of Special Operations. Apart from training recruits to eliminate the enemy, he also teaches "non-conventional warfare" to be conducted by exterior forces who are specially trained for this purpose; "counter-insurrection", to help allied governments to repress rebellion; and "psychological operations" intended to influence public opinion so that the population comes to support US military action.

Once their training is complete, these new DIA agents, about 1,600 at first, will be assigned by the Pentagon to missions all over the world. The State Department will provide them with false identities, introducing some of them into embassies - but since the embassies are already full of CIA agents, the DIA agents will be given other false identities, for example, as university staff or business executives.

Thanks to their military experience, the DIA agents are reputed to be more appropriate for the recruitment of informers capable of providing data of a military nature, for example, information concerning the new Chinese fighter plane. And the development of their organigram will enable the DIA to expand the range of targets for drone strikes and actions by special forces.

This is the new way of making war, preparing and accompanying open attacks by secret action intended to weaken the target country from inside, as was done in Libya, or undermine it internally, as is being attempted in Syria. This is the direction taken by the restructured DIA, launched by President Obama.

We don’t know if the candidate for Prime Minister Pier Luigi Bersani [1], who holds Obama in great esteem, has already congratulated him for this action. However, he has recently visited Libya in order to "pick up the thread of a strong Italian presence in the Mediterranean". Meaning the thread of war against Libya, in which Italy participated under US orders, while Bersani rejoiced, exclaiming "it’s about time".

[1] Pier Luigi Bersani is an Italian politician and the current Secretary of the Democratic Party, the main center-left political party in Italy. He is the candidate of his party for prime minister to the 2013 Italian political elections which will give rise to a new government, which Mr. Bersani is getting ready to preside.