Currently, Germany, Belgium, Holland, Italy and Turkey, maybe tomorrow Poland, violate Article 2 of the Treaty of nuclear non-proliferation by storing NATO’s atomic bombs on their territory. However, in case of nuclear war between the superpowers, the first affected states would be precisely those who harbour these stocks. Therefore, regardless of the moral question of the use of these weapons, the survival instinct would tells us to refuse their presence and respect the Treaty. 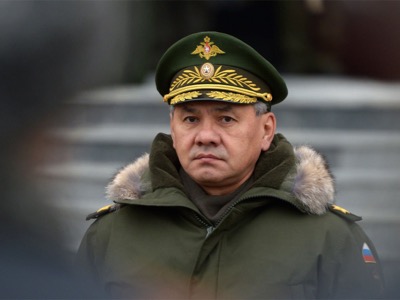 Former Governor of Moscow, General Sergei Shoigu Koujouguétovitch’s defense minister. He is also president of the Russian Geographical Society. For years, Russia hoped for simultaneous denuclearization with the United States who, unfortunately, after hesitating at the beginning of Barack Oabama’s term of office, re-launched the arms race.

While the word "security" deafens our ears, amplified by political and media megaphones, the words of the Russian Defense Minister Sergei Shoigu on the increasingly perilous nuclear confrontation in Europe fall silent. No alarm, no government reaction in Italy with regard to what he said: "Some 200 US nuclear bombs are stored in Italy, Belgium, Holland, Germany and Turkey, and the nuclear arsenal is the subject of a renovation program. "

For this reason, "Russian Strategic missile Forces maintain 95% of their launchers at combat ready." And, while a Russian submarine in the Mediterranean launches Kalibr cruise missiles (which cover about 3000 km at low-altitude, speeding up in their final phase to three times the speed of sound) against Daesh targets in Syria, Putin warns, "the Kalibr missiles can be armed with both conventional warheads or nuclear warheads," adding that "this is certainly not necessary in the fight against terrorism, and I hope it will never be necessary. "

This clear message addressed to NATO, particularly to European countries in which US nuclear weapons are stored, is presented by the media as the "joke" of a Putin who is "flexing his muscles." Thus the population is not alarmed, leaving it in ignorance of the danger to which it is exposed. The 70 USA B-61 nuclear bombs, ready for use at the bases of Aviano and Ghedi-Torre, are about to be replaced by B61-12s. For this purpose (documented by the Federation of American Scientists (FAS) with satellite photos) two bases were updated where in 2013 and 2014 NATO staged Steadfast Noon, a nuclear war exercise with the participation of F-16 fighters from Poland, which has offered to host new US nuclear bombs. The B61-12 is a new nuclear weapon which, dropped about 100 km from the target, is projected to "decapitate" the enemy country during a nuclear first strike. It thus erases the difference between strategic nuclear weapons, long-range and short-range tactical weapons. It is not known how many B61-12s will be stored in Italy, but with a default estimate, we calculate their destructive power equivalent to that of 300 Hiroshima bombs.

According to NATO’s Nuclear Planning Group rules, which includes Italy, countries that host US nuclear weapons "make available aircraft equipped to carry nuclear bombs and staff trained for this purpose," but "the United States retains complete control and monitoring of these nuclear weapons." The FAS confirms that US nuclear bombs are stored at Ghedi Torre "for Italian Tornados" and that Italian pilots are trained in their use. As it is planned to replace the Tornados by F-35s, the first Italian pilots who have completed training in November on the F-35s at the Luke US Air Force base in Arizona are also trained to use of B61-12s.

Italy therefore violates the non-proliferation treaty ratified in 1975, pledging that it "undertakes to not receive nuclear weapons from anyone nor control over such weapons directly or indirectly" (Article 2). It has become therefore a forward base of US and NATO nuclear strategy and, therefore, a target of nuclear retaliation. Vital is the battle for the denuclearization of Italy, without which the generic application of the abolition of nuclear weapons becomes a demagogic cover for those who will not face the nodal question. This is proof that the slumber of consciousness has also led to the loss of the survival instinct.