Hong Kong, Under the Umbrella 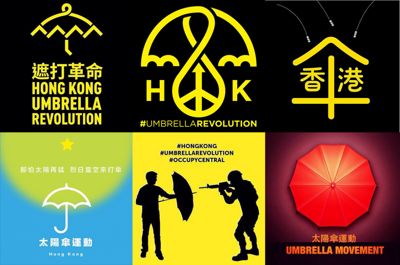 Confronted by the “Umbrella Revolution” (a definition made in the USA) the British government is said to be “highly concerned” that “fundamental rights and liberties” are guaranteed in Hong Kong.

On this subject, London can provide a tutorial.

In the nineteenth century, to penetrate China, the English had recourse to trade in opium which they bring from India, causing tremendous economic and social damage. When the Chinese Authorities confiscate and burn the opium stored at Canton, English troops intervene forcing the government to sign the Treaty of Nankin in 1842, that requires among other things, for Hong Kong to be transferred to Great Britain. From that time till 1997, Hong Kong is a British Colony, under a governor sent from London. The Chinese are exploited by the British monopolies and set apart, excluded even from the districts where the British live. Strikes and rebellions are harshly repressed. After the birth of the People’s Republic in 1949, Peking claims sovereign rights over Hong Kong but still uses it as a commercial port, promoting its development.

Hong Kong is re-annexed to China as a special administration region and has a population of 7.3 million (the total population in China being 1.4 billion of China). Today it has a per capital income of 38,420 dollars per year, far higher than Italy’s and almost six times that of China. This is because Hong Kong, as China’s commercial port, is the world’s no. 10 exporter of goods and the world’s no. 11 exporter of commercial services. In addition, more than 50 million tourists visit Hong Kong every year, of which 35 million are Chinese. Economic growth, while unequally distributed (see the local and foreign sub-working class that get by with the “art of making do with things”), has led to a general improvement in the standard of living. This is confirmed by the fact that the average life expectancy has increased to 84 years (compared to 75 in the whole of China).

The student movement born in Hong Kong, to ask for the direct election of a head of government who is not influenced by Peking. The movement is formed of youth belonging in general to social strata that have been advantaged by economic growth.

Against this background, one asks the question: why, while hundreds of millions of people around the whole world, fight every day for the most basis human rights in conditions that are far worse are being ignored, some thousands of students in Hong Kong, are transformed, transcending their own claims, into global icons fighting for democracy?

The response is sought at Washington.

The masterminds and heads of what is defined as “a movement without a leader” – as a bulky file of documentation demonstrates– are collected at the Department of State and its emanations in the form of “non-government organizations” in particular, The National Endowment for Democracy (NED) and the Institute for National Democracy (NDI) that, endowed with huge funds, supports “democratic non-government groups” in a hundred countries.

Two examples among many:

• Benny Tai, an academic in Hong Kong that launched the movement “Occupy Central” (see the South China Morning Post, 27 September), has become influential thanks to a series of forums finances by these “NGOs”.

• Martin Lee, the founder of Hong Kong’s “Democratic Party” has been sent by Ned and, after a televised briefing (2 April), was received at the White House by Vice-President Biden on 7 April.

From this and other facts emerges a strategy similar to that of the “coloured revolution” in Eastern Europe: that is, it exploits the student movement, aiming to make Hong Kong ungovernable and to create similar movements in other areas of China inhabited by national minorities.

NED, the Legal Window of the CIA

Putin, a thorn in Washington’s flesh