NATO, super-headquarters as expandable as war 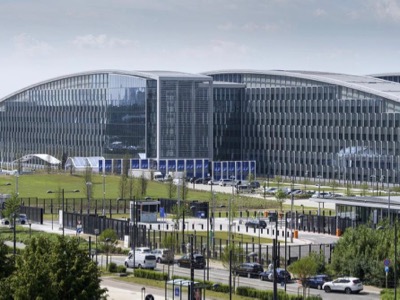 Great symbolic importance is given to the fact that it is the first Summit convened in the new headquarters of the Alliance, which has so far cost 1.3 billion Euros or $1.5 billion (but the real price, 7% of which is borne by Italy, is still to be established): it’s a structure of over 2.5 million square feet, almost double the previous one, where a permanent staff of about 4,000 military and civilians works, equipped with 18 large halls where more than 5,000 meetings are held annually with an average participation of 500 guests per day. The structure, currently made up of eight major wings and four minor wings connected to a long central body, is of a modular type: therefore expandable as NATO continues to expand.

After having expanded in 1999-2017 from 16 to 29 members, NATO leaves "the door open" to other entrances: Ukraine and Georgia, already part of the USSR, are waiting to enter; Bosnia-Herzegovina and Macedonia, already part of the Yugoslav Federation. For this reason, NATO has set up an expandable headquarters.